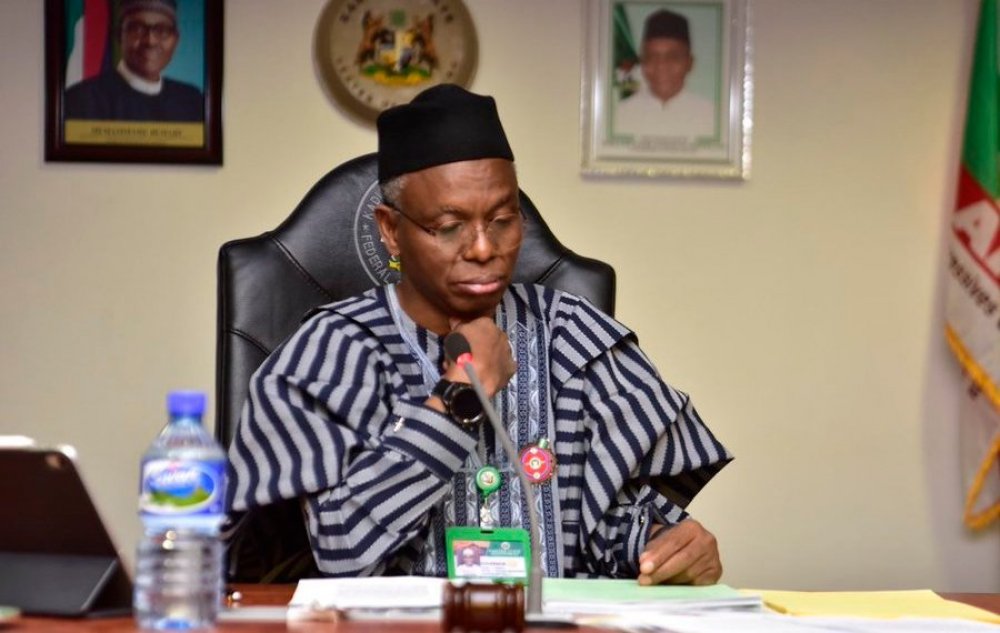 Amid the ongoing strike, Governor Malam Nasir El-Rufai of Kaduna State has sacked all nurses below level 14 under the State government and lecturers of Kaduna State University.

The Nigerian Labour Congress (NLC) in Kaduna had earlier declared a five-day warning strike action against the state government in response to the recent dismissal of thousands of workers amidst COVID-19 recovery and rising economic hardship across the state.

The dismissal was contained in a statement issued by the governor’s Special Adviser on Media and Communication, Muyiwa Adekeye.

Recall that the Governor had reportedly accused some health workers of working with the NLC to shut down some hospitals.

The statement reads, “Apart from referring the nurses involved to the Ministry of Justice to initiate prosecution, the government also announced the dismissal of all nurses below Grade Level 14 for the illegal strike.”

“The Ministry of Health has been directed to advertise vacancies for the immediate recruitment of new nurses to replace those dismissed.

“The government has directed all its Ministries, Departments and Agencies to submit their attendance registers to the Head of Service while Kaduna State University should submit same to the Secretary to the State Government and the Commissioner of Education.”

Meanwhile, the Nigeria Union of Petroleum and Natural Gas Workers (NUPENG) urged the Federal Government to call El-Rufai to order “before his arrogance and power-drunk ego further push the situation into horrendous calamity as he has been doing in all issues relating to human lives and wellbeing”.

NUPENG further threatened to shut down Nigeria over the “arrogance” of the Kaduna State Governor.

Comrade Williams Akporeha and Comrade Afolabi Olawale, National President and Secretary in a statement said NUPENG is deeply saddened with the violent turn of Nigeria Labour Congress (NLC) peaceful protests by the “dictatorial and despotic regime of Governor Nasir El-Rufai in Kaduna State.”

NUPENG warned that no labour leaders or workers be harmed, harassed, maimed, humiliated or victimized during the 5-day peaceful protests in the State.

“Our Union is raising this alarm following the very reliable report of the clandestine move of Governor Nasir El-RUfai to hurt and put the lives of NLC President, Comrade Ayuba Wabba and other Labour Leaders to danger in his usual blind egotistical style of running the government in the State.

“NUPENG, therefore, warns that if any harm is inflicted on any of the members of organized Labour, the Leadership of the Union will not hesitate to call on all our members throughout the nation for a total shut down of all our services in the upstream, midstream and downstream sectors of the oil and gas industry.

“In the light of the above, we are therefore putting all NUPENG members nationwide on red alert and may at very short notice of five hours call for a nationwide industrial action if the situation arises.”