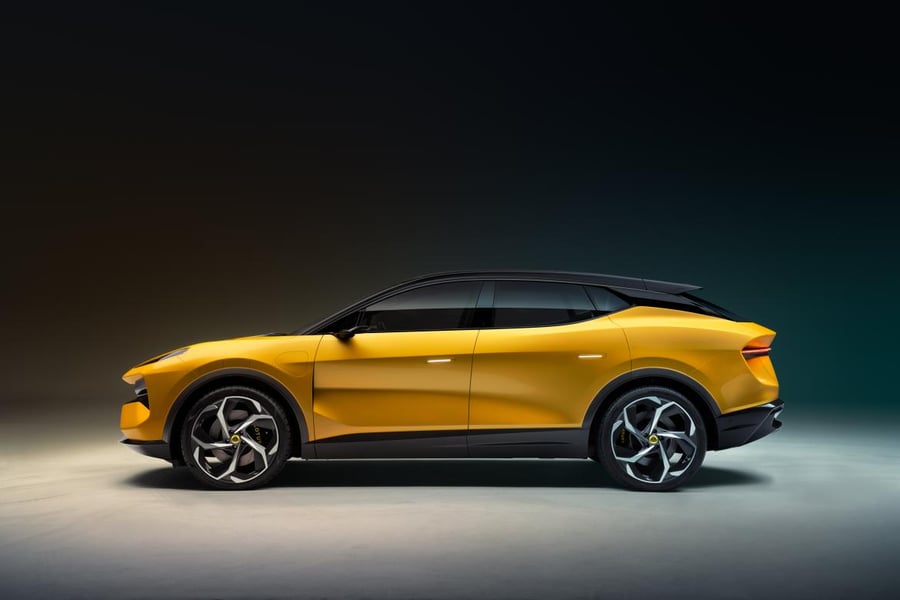 British automaker, Lotus has announced that its first electric car, the EV 600HP Eletre deliveries will begin next year in China, Europe, and the Uk. Manufacturing begins later this year at Lotus' new production plant in Wuhan, China with deliveries beginning in 2023.

Luxury brands such as Audi, BMW, Mercedes, and Porsche have already begun augmenting their lineups with EV variants, while hypercar makers like Lamborghini and Ferrari expect their first electrics to arrive in the next few years.

According to the company's press release, the Eletre is developed under the codename Type 132 and it "takes the heart and soul of the latest Lotus sports car – the Emira – and the revolutionary aero performance of the all-electric Evija hypercar, and reinterprets them as a Hyper-SUV."

The company also stated that it also accomplishes a number of firsts: "first five-door production car, the first model outside sports car segments, the first lifestyle EV, the most ‘connected’ Lotus ever."

This means that on a 350 kW DC fast charger, drivers will be able to add around 248 miles of range in a 20-minute charge.

Lotus estimates a total range of 373 miles, equivalent to that of the Tesla Model X Long Range Plus, that is it "has a battery capacity that’s over 100 kWh."

Its dual front and rear motors will reportedly output 600 horsepower producing a top speed of 161 MPH and a sub-3 second 0-60. 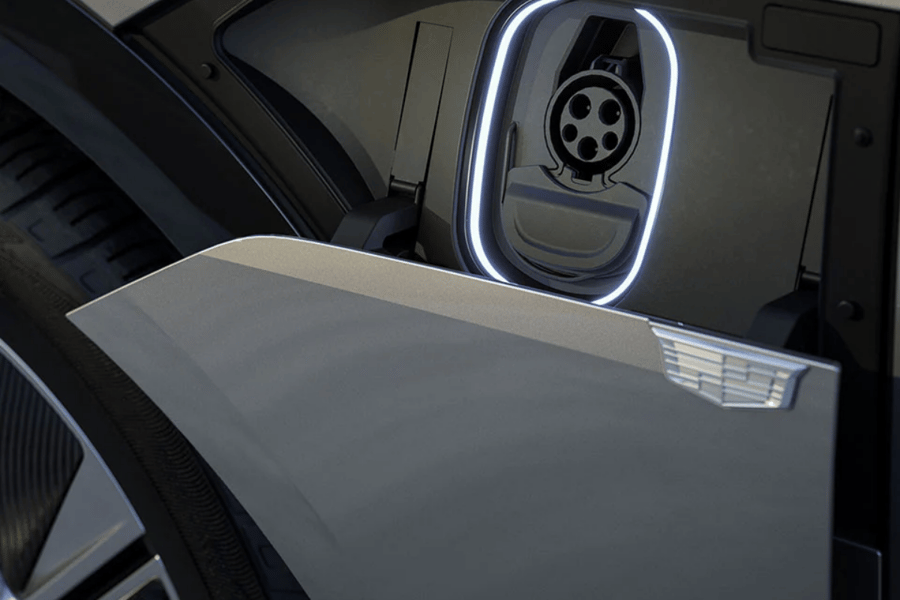 The Eletre is also the first vehicle on the market with a deployable LIDAR array used to supplement the driver assist system the unit pops up from the top of the windscreen, top of the rear glass, and the front wheel arches when in use and then retracts when finished to maintain aerodynamics.

The Eletre's exterior design features "porous" aerodynamics, a low stance atop the platform's long wheelbase with short overhangs at either end, according to the developer of the exterior design, Ben Payne.

"The Eletre is a progressive all-electric performance vehicle embodying emotion, intelligence, and prestige and, as the first of the brand’s lifestyle cars, it sets the standard for what will follow.

"We have taken the iconic design language of the Lotus sports car and successfully evolved it into an elegant and exotic Hyper-SUV.” 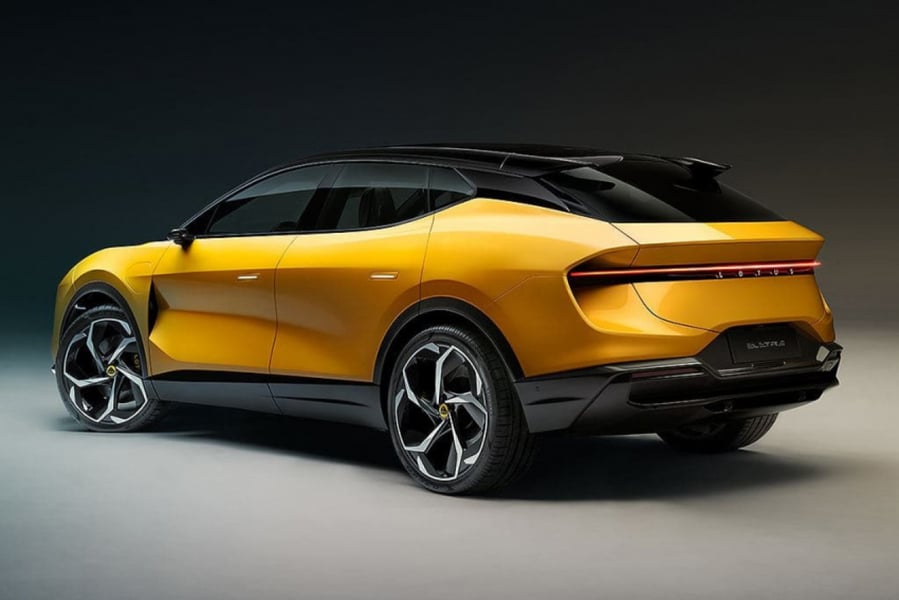 The interior will offer either the traditional two-buckets-and-a-bench layout or an optional four individual seats, front and rear, beneath a fixed panoramic sunroof.

The material choices for the cabin reflect Lotus' net-zero goals, with "durable man-made microfibres on the primary touchpoints, and an advanced wool-blend fabric on the seats," while the hard parts are constructed from little bits of carbon fiber recycled from the edge of weaves rather than being made specially. 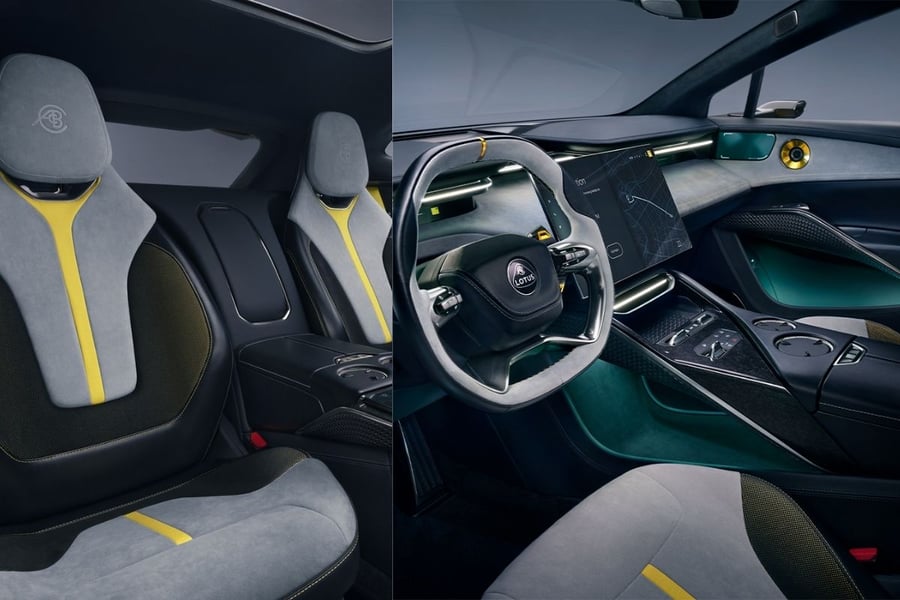 The announcement reads that the infotainment system has a light blade that serves as part of the vehicle's HMI and changes color to alert occupants of important events like incoming calls.

"Below the instrument panel, a blade of light runs across the cabin, sitting in a ribbed channel that widens at each end to create the air vents."

Below that is a 30mm tall "ribbon of technology." On the driverside, that ribbon serves as the instrument cluster, displaying vehicle and trip information, which can also be displayed via the AR system, which comes standard.

On the passenger side, a second ribbon shows relevant contextual information like the nearby points of interest or the current music selection which plays through a KEF Premium 1,380-watt 15-speaker surround sound set-up with Uni-QTM.

Between these two ribbons sits a 15.1-inch OLED touchscreen infotainment system that folds away when not in use.

While most of the cabin controls are digital and can be used either through the touchscreen or voice interfaces, Lotus deems some functions vital enough to warrant being mirrored to physical knobs and switches so drivers won't have to dig through submenus to turn on the windshield wipers.

Even with those digital controls, Lotus boasts that "with three touches of the main screen users can access 95 percent of the car’s functionality." 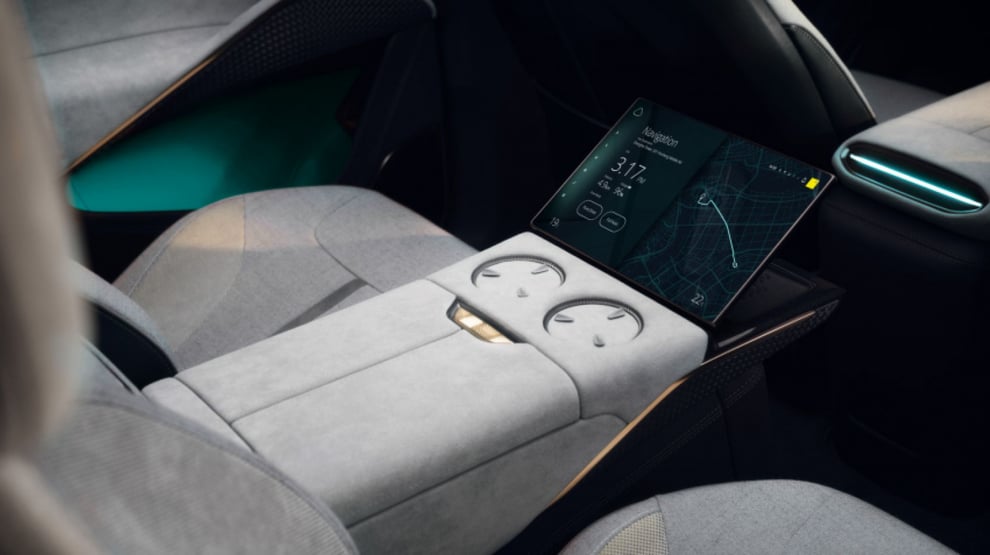 Vice President of Lotus Technology and Managing Director, LTIC., Maximilian Szwaj said "ADAS technologies such as LIDAR sensors and cameras will become increasingly common on new cars as we move into a more autonomous era, and to have the world’s first deployable LIDAR system on the Eletre is a signal of the technology vision we have for Lotus,"

"This car has the tech for today, and also for tomorrow, as it’s been developed to accept OTA updates as standard,” Szwaj added.