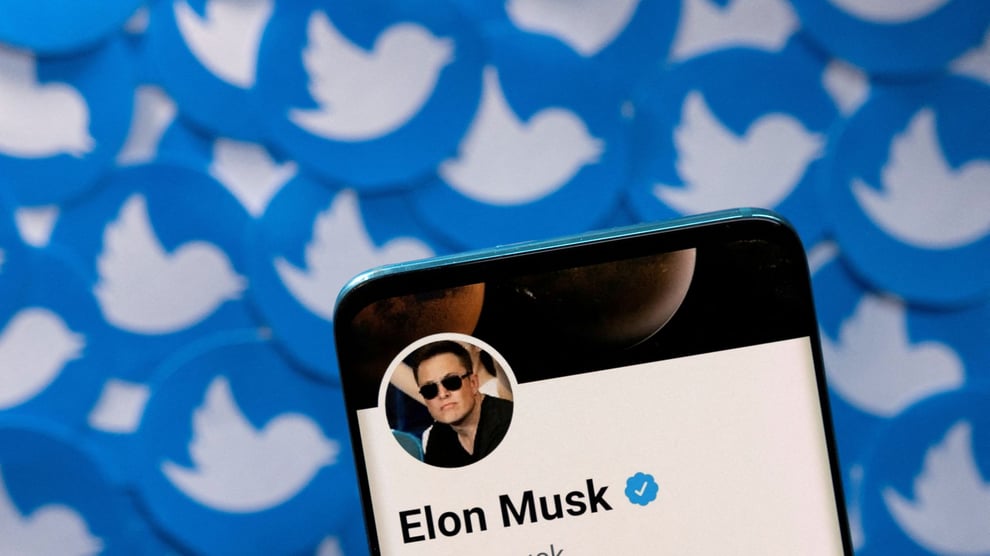 Elon Musk announced on Monday night that Twitter's Blue verification would be delayed until "there is high confidence in stopping impersonation," which was initially scheduled to debut on November 29.

"Holding off the relaunch of Blue Verified until there is a high confidence of stopping impersonation," he said on the platform. 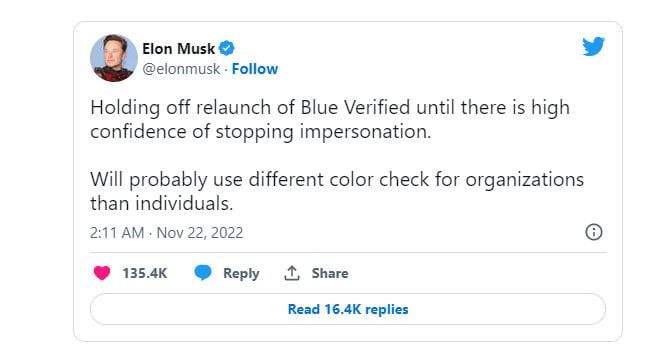 One account said, "We are happy to announce insulin is free now," posing as the pharmaceutical corporation Eli Lilly.

Before it was deleted, the tweet received millions of views. Stock in the company fell by 4.37%.

Although the "official" label beneath well-known accounts has already been tested by Twitter, it has been turned on and off numerous times since it was first introduced.

In an internal presentation titled "Twitter 2.0," Musk also discussed creating capabilities like encrypted direct messages and video calls, according to a story from The Verge.

In response to a tweet from app researcher Jane Manchun Wong that highlighted code associated with that feature, Musk made a suggestion that Twitter was working on it.

Notably, Musk engaged in a protracted legal battle after he decided that these same criteria were incorrect and tried to back out of his purchase of Twitter.