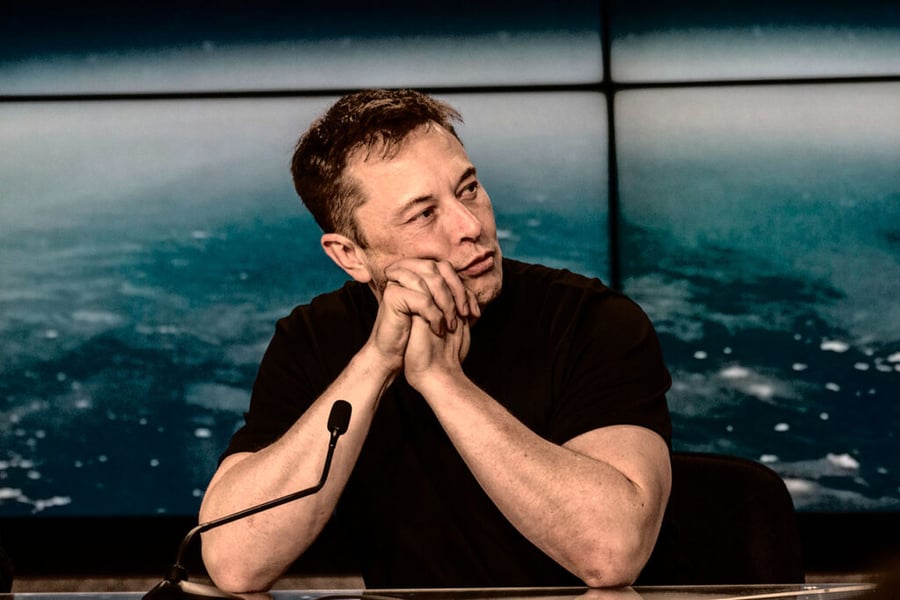 In preparation for the Elon Musk v. Twitter trial, which is set to begin in a few weeks, a fresh, very juicy document has come to light.

A collection of messages between Musk and important Twitter officials, including the company's creator Jack Dorsey, board chair Bret Taylor, and CEO Parag Agrawal, have been revealed.

There’s a lot to unpack here, so let’s get down to it.

Elon Musk isn't interested in being a boss. That's a significant realisation for someone who serves as the CEO of numerous businesses.

Musk acknowledged that he doesn't love being a leader in an early April conversation with Twitter CEO Parag Agrawal before their relationship deteriorated to the extent of faeces emojis.

“Frankly, I hate doing mgmt stuff. I kinda don’t think I should be the boss of anyone.

The connection between Musk and Agrawal started out looking good

“Treat me like an engineer instead of a CEO,” Agrawal told Musk.

But on April 26, Dorsey, Musk, and Agrawal participated in a Google Hangout to talk about the acquisition.

“At least it became clear that you can’t work together. That was clarifying,” Dorsey said.

elon and parag bonding over being engineering-types who got put in leadership positions, who just wanna do design work pic.twitter.com/JOOmuEzOvm

Be thankful that you don't have to pay Doge to tweet

Elon Musk has proposed some contentious proposals for Twitter, like validating that all users are real people and making the algorithm open source (Dorsey came up with this first).

His plan to prevent bot spam by charging people to tweet with dogecoin, though, may be his worst to date.

“I have an idea for a blockchain social media system that does both payments and short text messages/links like Twitter.

"You have to pay a tiny amount to register your message on the chain, which will cut out the vast majority of spam and bots.

"There is no throat to choke, so free speech is guaranteed.”

“My Plan B is a blockchain-based version of Twitter, where the ‘tweets’ are embedded in the transaction of comments,” he told Steve Davis, president of The Boring Company.

Thankfully, Musk later came to the conclusion that a Twitter based on a blockchain would not be practical at this time.

In Elon's phone, Jack Dorsey is known as "jack jack."

That Dorsey was travelling on Musk's takeover train was already known.

However, it appears from these texts that the two businessmen genuinely appreciate one another. On Elon's phone, Dorsey was given the nickname "jack jack" as a result. Cute!

Dorsey and Musk started talking about the future of Twitter in March.

“A new platform is needed. It can’t be a company. This is why I left,” Dorsey said.

When Musk asked what Twitter should look like, he replied, “I believe it must be an open source protocol, funded by a foundation of sorts that doesn’t own the protocol, only advances it.

"A bit like what Signal has done. It can’t have an advertising model.”

In a public comment in April, Dorsey said that “Elon is the singular solution” that he trusts. But he was just as supportive of Musk in private.

“I appreciate you. This is the right and only path. I’ll continue to do whatever it takes to make it work,” he told Musk.

Gayle King says that purchasing Twitter is a "gangsta move"

Elon Musk does not work with a communications team and typically dislikes speaking with journalists.

But he spoke with CBS morning co-host Gayle King.

“Now, don’t you think we should sit down together face to face this is as the kids of today say a ‘gangsta move.’”

The youngsters are not saying this, at least not to our knowledge.

But it's important to note that Gayle King is one of the very few women with whom Musk has ever spoken over a large number of texts.

Musk subsequently suggested to Gayle King that Oprah join the Twitter board.

"Wisdom about humanity and knowing what is right are more important than so-called board governance skills, which mean pretty much nothing in my experience,” Musk said.

We would, in all honesty, watch an Elon Musk interview on Oprah.

Another guest is Joe Lonsdale, who co-founded Palantir and currently serves as the CEO of the venture capital firm 8VC.

For perspective, Lonsdale recently made comments where he called men who take paternity leave "losers" and blamed Black culture for racial funding inequalities.

“Our public squares need to not have arbitrary sketchy censorship.”

Musk responded with “Absolutely. What we have right now is hidden corruption!”

Lonsdale dropped back by in mid-April.

“Haha even Governor DeSantis just called me just now with ideas how to help you and outrages at that board and saying the public is rooting for you,” Lonsdale wrote.

“Let me know if you or somebody on your side wants to chat w him.” (Musk replied with a brief and brutal “Haha cool.”)

Angel investor Jason Calacanis couldn’t help but slide into Musk’s texts in April when news of the offer to buy Twitter was out in the wild, joking that Musk should raise his offer to $54.21 — “the perfect counter.”

“You could easily clean up bots and spam and make the service viable for many more users — removing bots and spam is a lot less complicated than what the Tesla self-driving team is doing,” Calacanis wrote.

“And why should blue check marks be limited to the elite, press and celebrities? How is that democratic?”

Calacanis also swooped in the following day offering more unsolicited advice, including his suggestion to cut Twitter’s workforce by more than half to make its revenue math more favourable.

He also suggested that Twitter recruit MrBeast to make original video content as well as dip a toe into more creator monetization features with video — a “huge unlock”— giving video creators 100% of ad revenue up to their first $1 million then splitting revenue.

Both Musk and Calacanis agreed that Twitter Blue is “an insane piece of shit” and its features should be razed and rethought outright.

“These dipshits spent a year on Twitter Blue to give people exactly… Nothing they want!” Calacanis texted.

When Musk asked if he wanted to be a strategic advisor if the deal panned out, Calacanis swore the text equivalent of an oath to Twitter’s future owner.

“Board member, advisor, whatever… you have my sword,” Calacanis wrote. “Put me in the game coach! Twitter CEO is my dream job.”

His enthusiasm appears to have gotten him into hot water with Musk soon after.

“What is going on with you marketing an SPV to randos? This is not ok,” Musk wrote in May.

“Morgan Stanley and Jared [Birchall, Musk’s wealth manager/right-hand man] think you are using our friendship not in a good way.”

Calacanis defended himself by describing how the Musk/Twitter deal “captures the world’s imagination in an unimaginable way,” hence why he took it upon himself to field investment interest.

“You know I’m ride or die brother — I’d jump on a grande [sic] for you,” Calacanis said, earning himself a tapback.

“I REALLY hope you get Twitter,” Joe Rogan texted on March 23.

Rogan also asked if Musk would “liberate Twitter from the censorship happy mob.”

“I will provide advice, which they may or may not choose to follow,” Musk said.

We quote directly with no comment:“You are the hero Gotham needs — hell F’ing yes!”