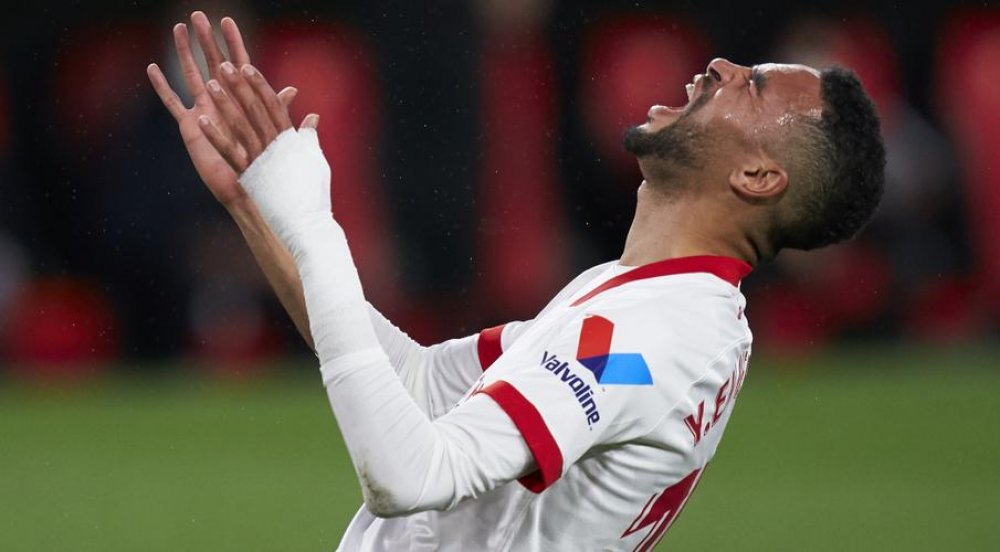 Youssef En-Nesyri continued his impressive form as Sevilla beat Elche 2-0 on Wednesday to move within three points of Real Madrid in La Liga.

En-Nesyri scored his 15th league goal of the season just before the break before Franco Vazquez ensured the victory with a late effort.

"En-Nesyri's goal opened the game up a bit and it was easier," said Sevilla coach Julen Lopetegui.

The fixture was originally scheduled for September but postponed to give Sevilla a break after winning last season's Europa League at the end of August.

The two teams had met in Elche 11 days earlier, with the strugglers winning 2-1 on that occasion.

Sevilla's Suso had the best chance of the opening 40 minutes but his shot fizzed past the post for the home side.

With two minutes of the first half to play, En-Nesyri broke the deadlock from Suso's cross.

Morocco forward had scored the winner in Sunday's victory over Real Betis.

Lopetegui's side dominated after the interval. En-Nesyri and Ivan Rakitic missed chances to double the advantage before Vazquez came off the bench to make sure of all three points with his first goal of the season.

The visitors remain a point above the relegation zone following a fourth defeat in six games.