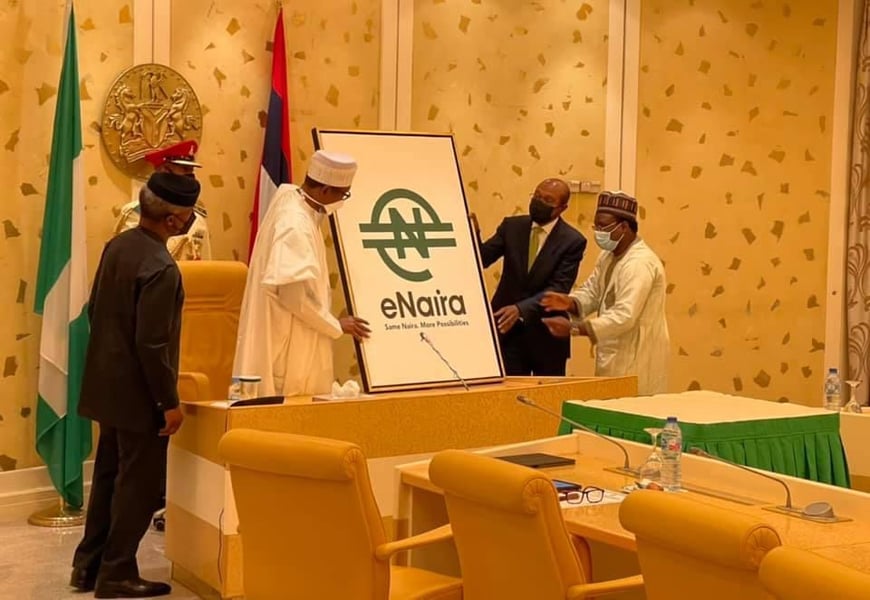 AllNews Nigeria reports that eNaira was officially launched at the at the State House in Abuja today (Monday) after an earlier planned launch on October 1.

eNaira was developed by fintech company Bitt, which is also behind the creation of Central Bank Digital Currency (CBDC) in some East Caribbean countries.

Present at the unveiling were the Vice-President, Prof. Yemi Osinbajo, and the Central Bank of Nigeria (CBN) Governor, Godwin Emefiele.

Nigerian authorities say the currency is not intended to replace cash but will function as a safe and efficient alternative means of payment.

The CBDC’s digital currency app and its merchant wallet are now live and available for download.

A notice on the enaira website gives details into how the currency and the wallet will work.

“Get Ready With Your Accurate BVN Data For Your Hitch-Free Enrolment,” it says.

“To sign-up on the eNaira speed wallet, you would be required to input the following details exactly as captured during your BVN enrollment.