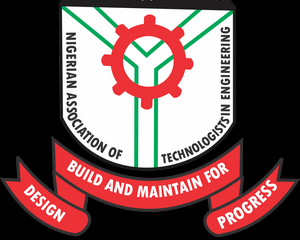 The Nigerian Association of Technologists in Engineering (NATE) says it is working on completing the process of total removal of dichotomy between polytechnic and university graduates.

NATE National President, Ahmad Yabagi, stated this at the 2021 NATE annual lecture, award ceremony and induction of new members on Thursday in Lagos.

The lecture had the theme, "NATE; Keeping the Objectives in View, Looking to the Future”.

The NATE president said that one of the achievements of the association was the approval of the total removal of dichotomy between HND and BSC holders by the National Assembly.

Yanagi disclosed that the association was only awaiting presidential assent for it to become law.

Also speaking, Samuel Ibidapo, Chairman, NATE Lagos branch, said that the association was working with the Industrial Training Fund (ITF) for placement and training of technology students in Lagos.

Ibidapo said that the Lagos branch had also recorded giant strides in training people on designing and maintenance of rice de-stoning machines in partnership with the Federal Institute of Industrial Research Oshodi (FIIRO) Lagos.

“We are working on the aspect of training with ITF so that our youths will be self-reliant after their studies.

“We also assist them to get the required skill they need for them to be fit for the task ahead of them through industrial placement before they go for their youth service programme,” he said.

The fellowship awards were conferred on some deserving members while new members were inducted into the association during the event.