#EndSARS: Act Of Hooliganism Will Be Dealt With - Buhari Warns 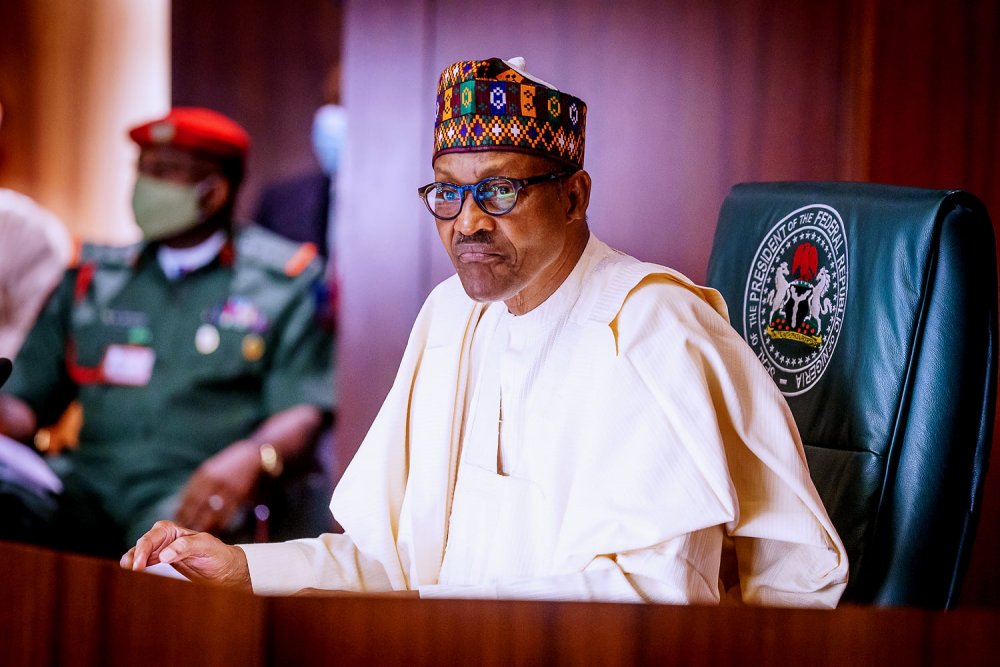 Following the return of #EndSARS protesters to the streets of Lagos, Abuja, and other states, President Muhammadu Buhari has warned that any act of "hooliganism" behind peaceful protest will be dealt with to ensure peace and stability.

Buhari, who said this while giving the opening remark of the Chief of Army Staff’s Annual Conference, acknowledged the right of citizens to embark on a peaceful protest.

Further commending the effort of the military in restoring law and order to the country in the aftermath of the #EndSARS protest, Buhari, however, tagged 2020 as a very challenging year.

"President @MBuhari  today in Abuja warned that any act of hooliganism hiding behind lawful and peaceful protests will be dealt with decisively to ensure peace and stability in the country," a tweet by Presidency Nigeria read.

It will be recalled that youths in different states of the Federation had in October taken to the streets to protest against the unruly activities of men of the Special Anti-Robbery Squad (SARS) unit of the Nigeria Police Force.

The #EndSARS protest took another turn after men of the Nigerian Army opened fire on peaceful protesters at the Lekki tollgate on October 20, 2020.

The protest, which was later hijacked by hoodlums, forced most governors to declare curfews in the heat of attacks on police stations, government and privately owned properties.

Reacting to the killings of the #EndSARS protesters, Buhari assured  Nigerians that those who have engaged in brutalising citizens will be "brought to justice".

According to him, the announced disbandment was only a step to "extensive police reforms in order to ensure that the primary duty of the police and other law enforcement agencies remains the protection of lives and livelihood of our people".

Recall that AllNews had earlier on Monday reported that the second phase of the #EndSARS was to demand the release of all protesters detained following the first phase.

They also want restrictions on all accounts of #EndSARS leaders at the instance of the Central Bank of Nigeria (CBN) lifted.

Meanwhile, officers of the Lagos State Police Command and the Nigerian Army have been deployed to strategic locations in the state over the planned second wave of EndSARS protest.

The security operatives were deployed to the Lekki Toll Plaza, National Stadium, Surulere, and Opebi roundabout in the Ikeja axis of the state around midnight.

The Lagos State Police Command had on Sunday warned against any gathering, procession, or protest in the state.

The command said it had reliably gathered intelligence that certain individuals/groups have concluded plans to lure unsuspecting Lagosians, especially youths, into the planned protest.

President @MBuhari today in Abuja warned that any act of hooliganism hiding behind lawful and peaceful protests will be dealt with decisively to ensure peace and stability in the country.