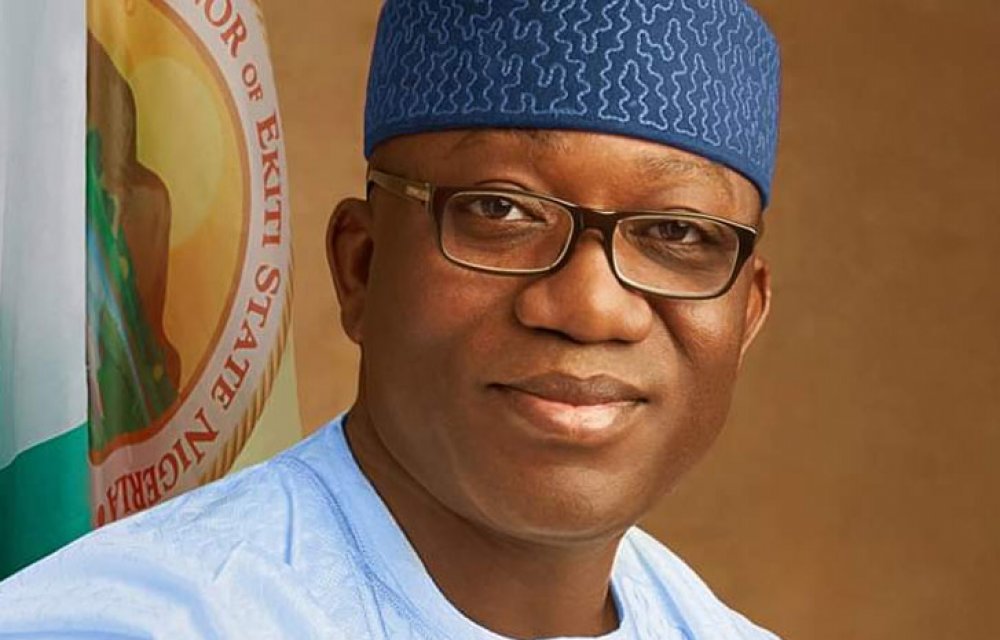 The Governor of Ekiti State, Dr. Kayode Fayemi will on Monday present monetary compensation to the first batch of police brutality survivors as recommended by the Judicial Panel of Inquiry into Allegations of Human Rights Violations Against the Defunct Special Anti-Robbery Squad and Others.

The State Government made this known in a statement issued on Sunday by the Honourable Commissioner, Ministry of Information and Values Orientation, Akin Omole.

The panel was set up in the state following a directive issued by the Presidency to state governments to review allegations of human rights violations against members of the public by officials of the defunct Special Anti-Robbery Squad.

This was after youths took to the street with the #EndSARS campaign to protest against police brutality as allegedly committed by operatives of the defunct SARS.

The panel set up in Ekiti is led by Retired Justice Cornelius Akintayo and comprises representatives of youth groups, civil society, and other interested parties.

The statement reads, “The Justice Cornelius Akintayo panel commenced seating in November 2020 and received petitions from 85 members of the public on various allegations of human rights violations.

"The petitioners were given the opportunity to present their grievances, with the necessary support systems provided such as interpreters for those who choose to speak in any of the native languages, as well as mental health counselors for those who require such services to deal with the impact of recalling traumatic events.

“Ekiti state has been commended by a broad section of stakeholders on account of the professional, efficient, and humane approach that the Justice Cornelius Akintayo panel has discharged its mandate so far, supported by the Government of Ekiti state, the Ekiti State Command of the Nigeria Police Force, and other stakeholders.”

According to the Attorney General and Commissioner for Justice, Mr. Olawale Fapohunda, “Government has accepted the interim recommendations of the panel in full. In addition to the award of compensations, the Government has taken deliberate actions to strengthen its access to justice institutions with a view to ensuring a speedy and effective response to citizens' complaints of human rights violations. Government is also participating actively in ongoing discussions on police reform.”