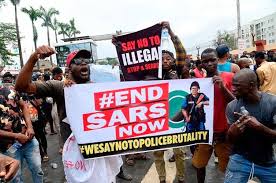 Osun-based social crusader, Dr. Oluyemi Omotoso, has stated that one year after the EndSARS protest, the rate of crime, criminality, and police brutality is still on the increase in the country.

Omotoso made this revelation during his address at a stakeholders forum organized by the Osun Civil Society Movement.

During the forum with the theme:#ENDSARS: ONE YEAR AFTER - ISSUES, REGRETS AND LESSONS, Omotoso who is the Dean, Students Affairs of the Federal Polytechnic, Ede, Osun State, revealed that the rate of cybercrimes has increased even as the government has not been able to proffer any solution to the problem.

He also explained that the personnel of the Nigeria Police were back on the street with a new outfit, SWAT, adding that the outfit still suffered from poor police welfare and underpayment of salaries.

He observed that in the past year, society has not enjoyed good governance and good security.

While advocating restructuring as a way out, he called on the government to ensure youths were empowered through good governance, adding that the issues that resulted in the protest were yet to be resolved.

Meanwhile, reports have it that there was a protest in Osogbo which was dispersed by men of the Nigeria Police.

The protesters had marched from Ita-Olokan area through to Oja-Oba, Station road, Post Office, Old-Garage, and Oke-Fia.

The police, it was confirmed, attacked the protesters at Oke-Fia and arrested some of them.

During the protest, a journalist Sikiru Obarayese with DAILY POST was arrested, charged to court but later released after a series of interventions by the Osun State Chapter of the Nigerian Union of Journalists.