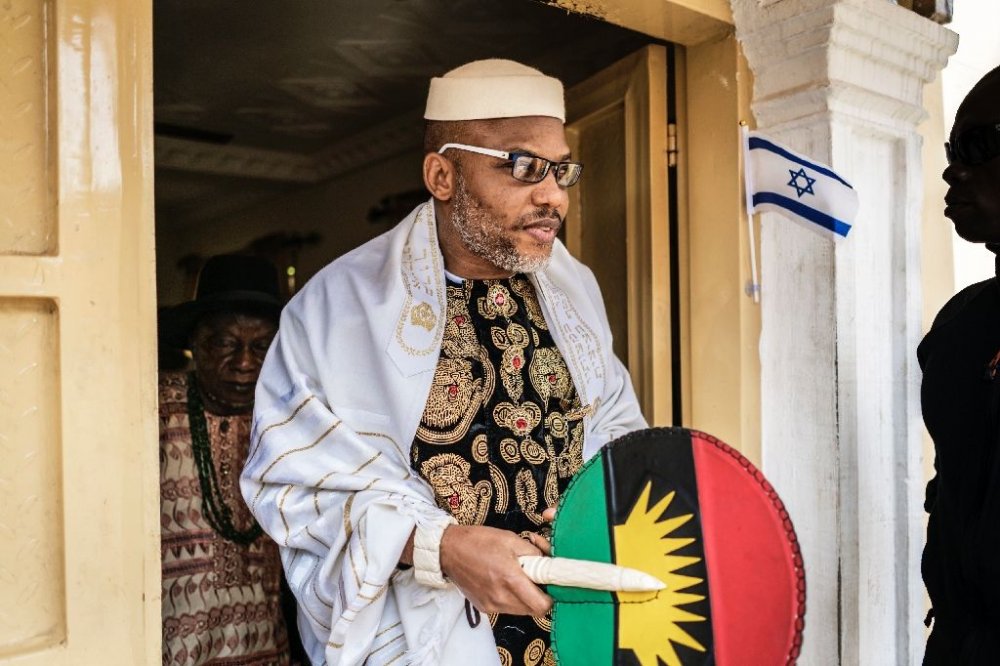 Leader of the outlawed Indigenous People of Biafra (IPOB), Nnamdi Kanu has revealed that the disbanded Special Anti-Robbery Squad (SARS) which has been replaced with the Special Weapons and Tactics (SWAT) are the same.

Nnamdi Kanu also claimed that SWAT has been in existence since 2018.

The IPOB leader in a Facebook post on Wednesday, said that what he described as the high powered deception of the government will only stop by ending the country.

“SWAT has been in existence since 2018. It was announced by the same IGP Adamu.

“Thankfully this generation is now sufficiently enlightened to understand their lies.

“Fulani MUST stop this Taqiyya. Government of liars by liars and for liars is reprehensible. #sarsisswat

“Only by #EndNigeriaNow will all these high powered Nigerian government deception stop.”

In another report, Nnamdi Kanu listed resistance, consistency, and momentum as the "only three ingredients" needed to achieve the aim of the #EndSWAT protests ongoing across Nigerian states... READ MORE