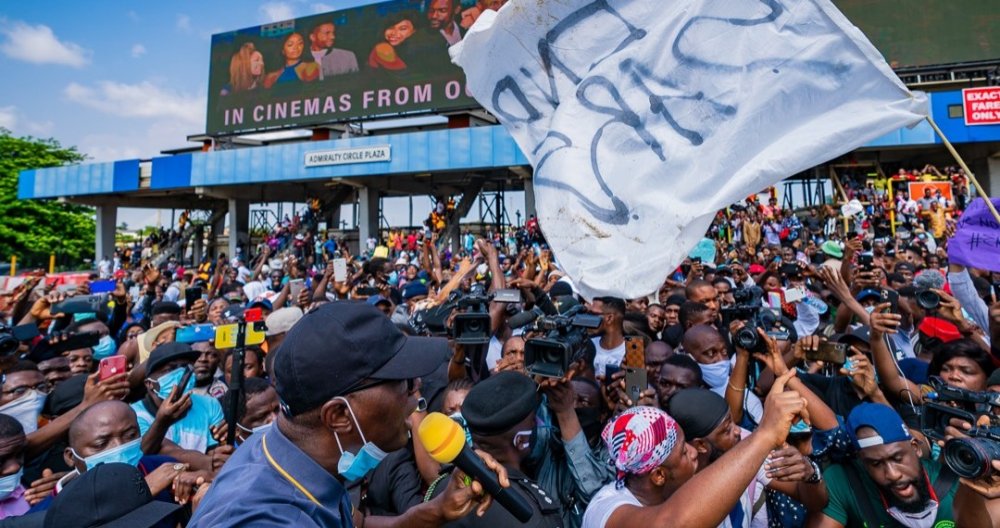 While protest against activities of the Special Anti-Robbery Squad (SARS) was ongoing at the Lagos State House of Assembly, protesters booed the state governor, Babajide Sanwo-Olu who addressed them.

Protesters who stormed the House of Assembly, Alausa Lagos requested that Sanwo-Olu speaks on the loss of lives during the peaceful protests held in Surulere area of the state on Monday, October 12.

Responding to their demands, the governor said he was working on some of them, and that some of the protesters who were arrested have regained their freedom.

He also said he would be meeting with the Inspector General of Police Mohammed Adamu on the situation and a committee would be set up for investigations into the killing of protesters.

However, the protesters replied to the governor by singing Davido's hit song "Fem", after it was played by the Disc Jockey present at the protest.

Fem is another term used to tell someone to keep quiet while speaking.

Reacting to a clip of the moment, Davido shared it on his Twitter page with "Fem" caption.

Watch the video below