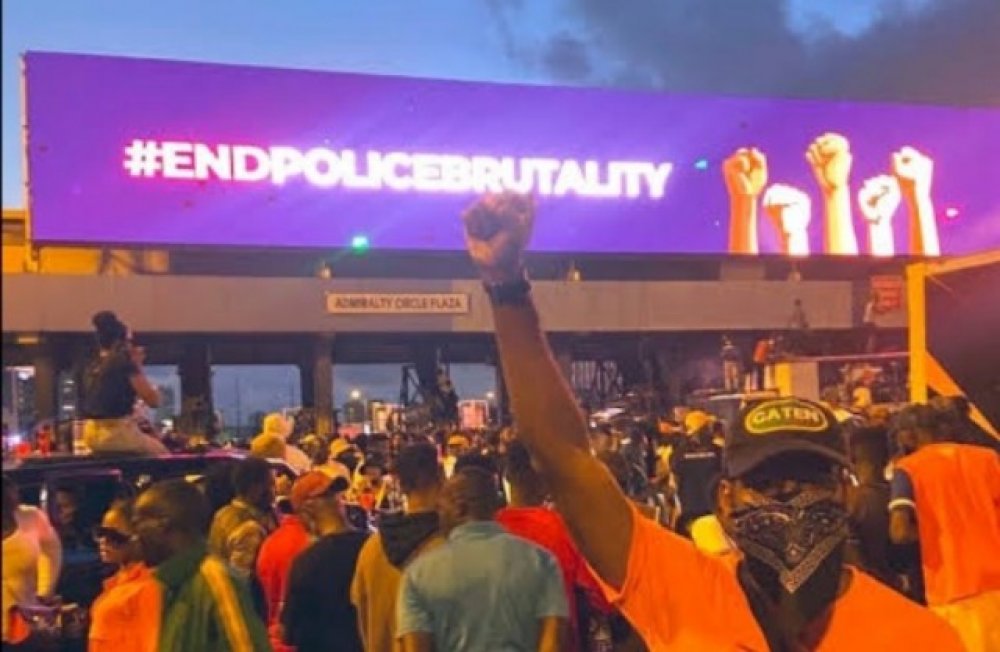 Some Nigerians have taken to the streets of Abuja, Lagos, Ibadan, and Osun state to continue the #EndSARS protest with a new demand despite warnings from President Muhammadu Buhari and the Inspector-General of Police (IGP).

AllNews recalls that the #EndSARS protest which began in October is seeking an end to police brutality in Nigeria and also an end to the Special Anti-Robbery Squad (SARS), a notorious unit of the Nigeria Police Force with a long record of abuses.

The #EndSARS protest in October left many Nigerians injured with some dead when men in military uniforms stormed the Lekki toll gate camping ground of the Lagos protesters, opening fire on the peaceful protesters who were waving the Nigerian flag.

Barely two months after the tragic #EndSARS incident in Lagos and other states, Nigerians have taken to the streets to continue the protest with new demands.

AllNews learnt that the second phase of the #EndSARS was to demand the release of all protesters detained following the first phase.

They also want restrictions on all accounts of #EndSARS leaders at the instance of the Central Bank of Nigeria (CBN) lifted.

Meanwhile, officers of the Lagos State Police Command and the Nigerian Army have been deployed to strategic locations in the state over the planned second wave of EndSARS protest.

The security operatives were deployed to the Lekki Toll Plaza, National Stadium, Surulere, and Opebi roundabout in the Ikeja axis of the state around midnight.

The Lagos State Police Command had on Sunday warned against any gathering, procession, or protest in the state.

The command said it had reliably gathered intelligence that certain individuals/groups have concluded plans to lure unsuspecting Lagosians, especially youths, into the planned protest.

The two-week EndSARS protests, which took place in October, were hijacked by hoodlums leading to the destruction of properties and loss of lives.