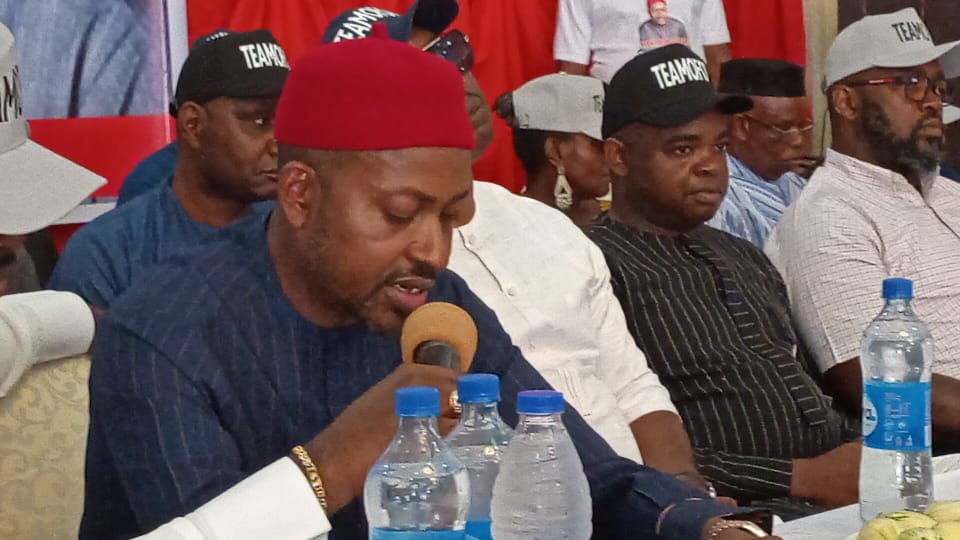 One of the gubernatorial aspirants in Enugu State, Rt. Hon. Ofor Chukwuegbo, has stepped down from the race.

Chukwuegbo represent the Enugu North and South Federal Constituency at the National Assembly.

The aspirant will now not be taking part in the forthcoming the Peoples Democratic Party (PDP) primary election in the state.

The lawmaker met with his 17 Local Government Coordinators at his campaign office in Enugu on Tuesday where he broke the news to them.

Efforts to reach the federal lawmaker for his reaction on the development didn’t yield any fruitful result.

However, sources close to him said his decision was as a result of the pressure from his constituency for the lawmaker to return to the Green chambers to continue giving them a quality representation.

“I can tell you that our principal is no longer in the race for Enugu State Governorship election.

"He yielded to pressure from his constituents that prevailed on him to return to the Green chamber and as a ranking member of the House, he stands a better chance of getting a good position which will benefit them more.

“He will be participating in the party primaries on Sunday, 22nd of May.”

In the coming hours or day(s), I’m certain his campaign organization will issue a statement to this effect but what I just told you isn’t far from the truth, the Aide who doesn’t want his name in print said.

Ofor before now was one of the aspirants who purchased the expression of interest and nomination forms of the PDP for the Governorship position.