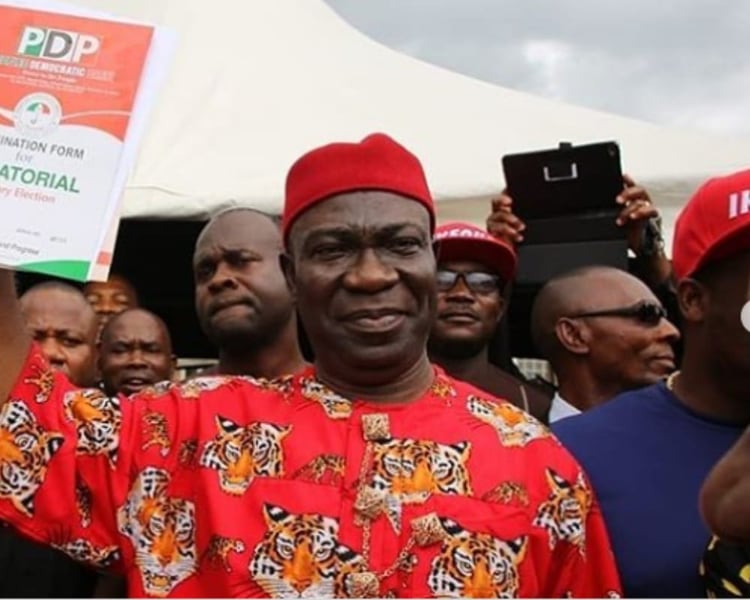 Ekweremadu is currently in court seeking to invalidate the list being used for the ongoing primary election of the Peoples Democratic Party (PDP) in the state.

Addressing journalists on Tuesday, a former Governor of the old Anambra State, Senator Jim Nwobodo had said he met with the lawmaker on several occasions and that he had agreed to toe the path of peace and work with Mba, who he named as the right person to succeed Governor Ifeanyi Ugwuanyi.

However, Ekweremadu has come out to deny ever making such concession.

In a statement signed by Hon. Charles Asogwa, the Director-General, Ikeoha Campaign Organisation, he said Nwobodo’s claims should be ignored.

The terse statement reads, “Our attention has been drawn to a news report where a statement was credited to His Excellency, Senator Jim Nwobodo, to the effect that Senator Ike Ekweremadu has adopted and stepped down for Barr. Peter Mbah as Peoples Democratic Party (PDP) governorship candidate in the 2023 general election.

“This is false and should be disregarded.”