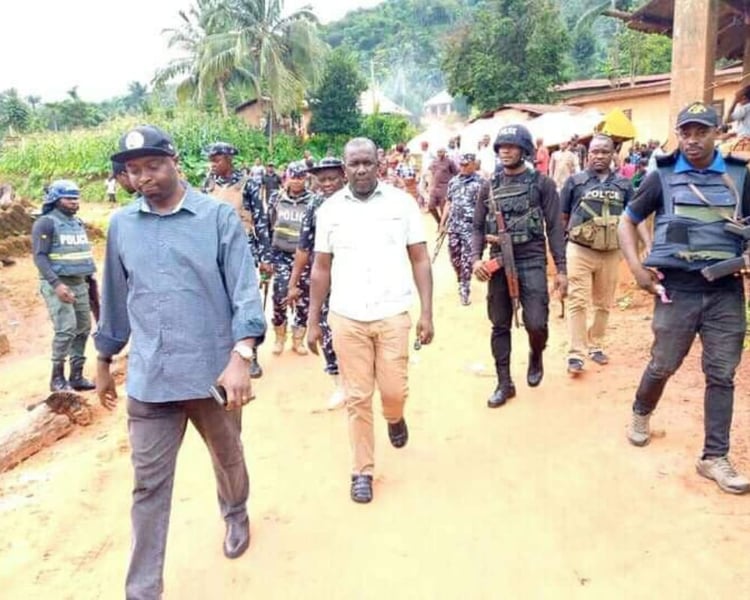 The Chairman of Uzo Uwani Local Government Area, Chukwudi Nnadozie, has visited the family of Philip Okoro, who was allegedly shot dead by a local security operative in the area.

The council boss who was at the residence of the deceased to condole with the family, assured that justice would prevail in the matter.

Nnadozie upon arriving the family house of the deceased, also met with a group of irate youths who were enraged following the death of the boy.

He urged them to ensure peace in the community as the government had already waded into the matter to bring justice.

The council chairman who was accompanied on the visit by the Area commander in charge of Nsukka, CP Abubakar Lawal, was also joined on the visit by the Secretary of the LGA, Michael Anikezie; the Administrator of Adada zone, Chiemelie Dieke and the President General of Nkpologu community.

Earlier before then, the council chairman had visited the traditional ruler of the community, HRH, Igwe S.J Idu to sympathise with him and get first-hand briefing over the incident.

He ,however, prayed for the repose of Philip Okoro's soul.