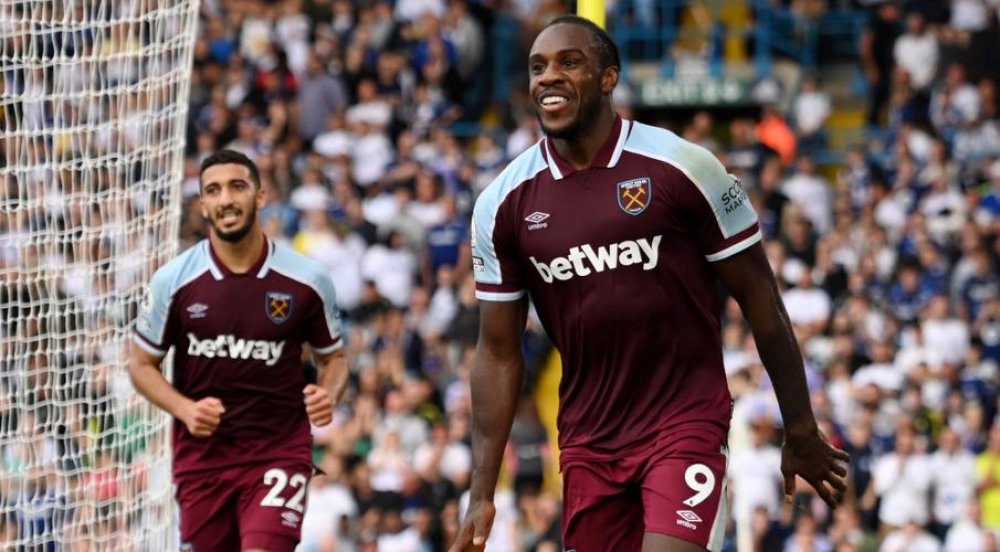 Michail Antonio returned to West Ham United team with a bang as they come back to defeat Leeds United 2-1 in the Premier League on Saturday to complete a perfect week for the East London club.

Antonio missed last week match against Manchester United due to a red card in the goalless draw against Southampton has shown David Moyes what was missing in his squad.

Returning to West Ham, who knocked Manchester United out of the League Cup with a 1-0 win at Old Trafford on Wednesday, were worthy victors at Elland Road where a Junior Firpo own goal cancelled out Raphinha's 19th-minute opener for Leeds.

The result left West Ham in seventh place on 11 points from six games while Leeds, who are still looking for their first league win of the season, slipped to 18th on three points.

Antonio, who took his tally to six goals from as many games in all competitions, said West Ham had needed to dig deep to overcome an adventurous Leeds side, adding that he had no doubt he would score the winner.

"That's one thing that Leeds make you do -- run," Antonio said after the game. "Run and run and run until you can't run anymore. They are a quality team and you know it's going to be end-to-end.

"We always believe that we can keep going and if we keep pushing and working hard we are going to create opportunities, especially the way we play counter-attacking football.

"When it opened out for me one-on-one I had the whole goal to pick from. I always believe I will score especially in the form I am now. That's six in six; let's keep going and let's keep scoring."

West Ham had made a bright start with Leeds goalkeeper Illan Meslier denying Antonio and Said Benrahma before Raphinha fired the home side ahead against the run of play.

The Brazilian winger drilled a first-time shot into the bottom corner from the edge of the penalty area after he was teed up by Mateusz Klich and then hit the post from the same spot in the 35th minute as Leeds gained the upper hand.

Meslier kept Leeds in the driving seat with two more superb saves when he denied Pablo Fornals and Tomas Soucek before West Ham levelled when Jarrod Bowen's wayward shot ricocheted into the net off Firpo's back in the 67th minute.

With the clock ticking, West Ham carved Leeds open when Declan Rice fed Antonio from the right flank and the towering striker rounded his marker down the middle before he planted a clinical finish past Meslier.