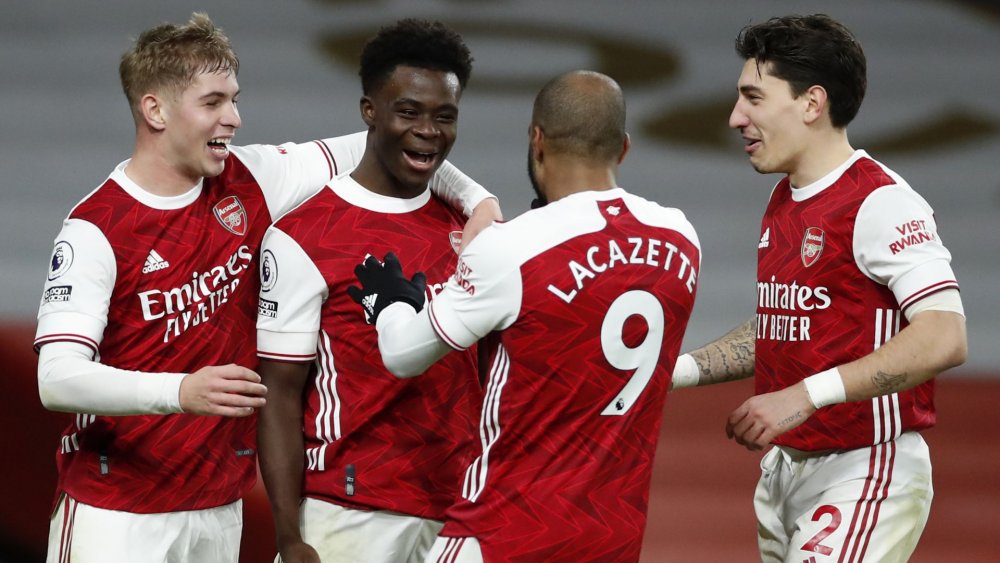 Mikel Arteta's side finally gets a breather as Arsenal stunned Chelsea 3-1 on Boxing day London derby with Xhaka, Saka, and Lacazette on target to get back to winning ways.

AllNews understands that it was a very fortunate night for Arsenal with a free-kick goal from Granit Xhaka and a volley from Saka as Mikel Arteta gets some stream off.

It has been a troubling time at the Emirate with consecutive losses and pressure on Arteta as the transfer window opens with several speculations about his future as the Head coach of Arsenal FC.

Lacazette got the opener from a spot-kick after the James Recce challenge earned Arsenal a penalty kick. With the absence of Aubameyang, Lacazette buried it into the bottom corner sending Edouard Mendy in the wrong direction. Granit Xhaka ended the first half on a high note, with a stunner, a free-kick which was sent in from his usual left foot past Mendy into the top of the net, keeper stood no chance. Bukayo Saka extended the lead further giving no room for an equalizer, not to talk of a comeback with an intended cross which dropped into the net to make it 3-0. After few changes, Chelsea got a consolation goal with Callum Hudson Odoi becoming the provider as Tammy Abraham tucked in a cross to make it 3-1.

Jorginho would have got another goal from a penalty but he missed it, he was dropped as the penalty taker with Timo Werner ahead of him but with the German out, he ruined any chance of earning the mantle back.

Chelsea fails to move higher in the top 4 zones as Arsenal jumps to 14th with 17 points.