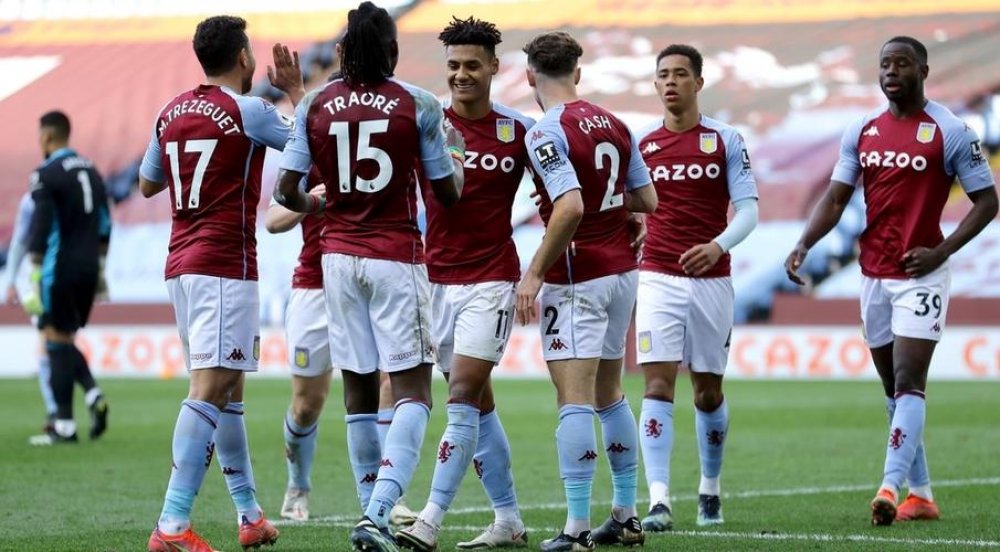 Fulham's Premier League survival hopes suffered a massive blow as they conceded three times in the space of nine second-half minutes to crash to a 3-1 defeat at Aston Villa on Sunday.

With 17th-placed Newcastle United having drawn earlier with Tottenham Hotspur, Scott Parker's Fulham were poised to clamber out of the bottom three when Aleksandar Mitrovic gave them the lead just past the hour mark after a Tyrone Mings mistake.

But with 15 minutes remaining everything began to unravel for the Londoners as substitute Trezeguet's quickfire double turned the game on its head.

The Egyptian, who had failed to score in the league this season, equalised in the 78th minute with a crisp finish and then volleyed his side in front three minutes later after some sloppy Fulham defending.

Newly-capped England striker Ollie Watkins settled the issue in the 87th minute with a close-range finish.

A victory for Fulham would have seen them move above Newcastle United into 17th place on goal difference but they remain three points behind having also played a game more.

Villa are up to ninth with 44 points and will still believe they can qualify for a European place.

If Fulham lose their top-flight status they may well look back at Easter Sunday as an opportunity squandered.

They were given a let-off on the stroke of halftime when a penalty decision awarded against their defender Mario Lemina was overturned after a VAR intervention.

And when Mings gifted Mitrovic the chance to fire Fulham in front it looked as though fortune was favouring Parker's team.

But they now have only seven games to save themselves.

"We had a poor 15 minutes after we got our noses in front," Parker said. "They were easy goals, silly goals. That has let us down. At certain moments in the game you have to understand where you are and what you need and we didn't manage that.

"Sometimes you need to be horrible, play the game in the right territory. It's a young team but we were naive and made silly mistakes."

Fulham were breathing a sigh of relief when Lemina's stretching intervention was adjudged by referee Andy Madley to have been a trip on Watkins but he changed his mind after reviewing a pitchside VAR monitor.

With Villa badly missing the creativity of Jack Grealish, who was deemed still not ready to return, Fulham went in front when Mings scuffed a back pass and Mitrovic nipped in to go around keeper Emiliano Martinez and slot into an empty goal.

Mings made amends though when he overlapped down the left and zipped a pass back across the area for Trezeguet to flash a shot past Alphonse Areola.

It soon got worse for Fulham as Tosin was caught in possession by Keinan Davis who then flighted a pass into the path of Trezeguet to volley in.