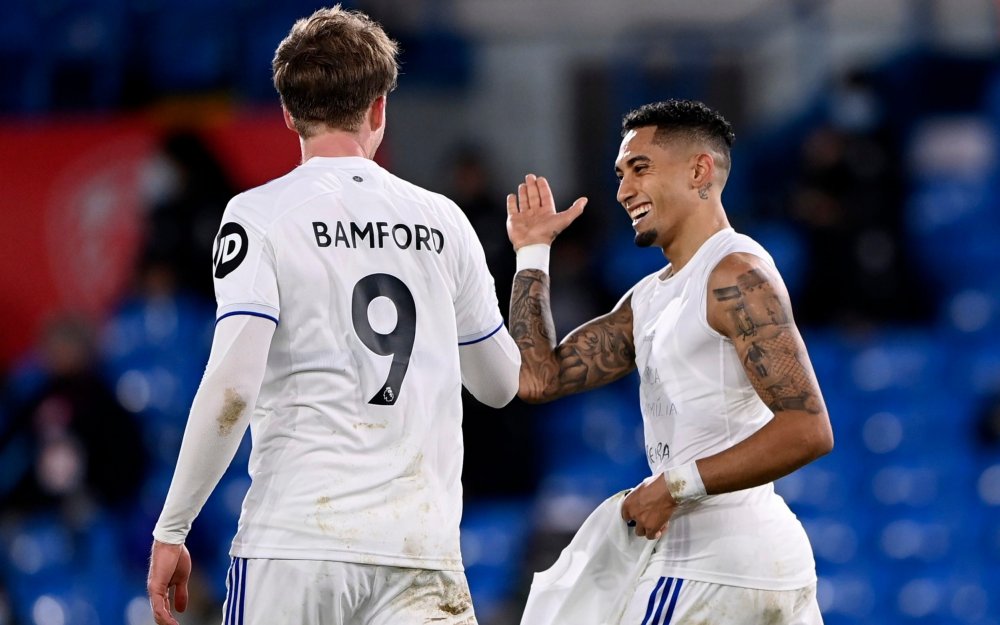 Patrick Bamford joined the golden boot race as he scored his 13th goal of the season to help Leeds United end a streak of back-to-back defeats to extend Southampton's winless run.

Prior to the opener, Leeds had been somewhat on the back foot, with Southampton's Jan Vestergaard and Nathan Tella spurning good early chances for the Saints, who were also aggrieved at two refereeing decisions.

Tella went down in the box but rightly overruled with VAR showing the forward kicked defender Diego Llorente and not the other way round.

Ralph Hassenhuttl was furious when VAR overruled the referee's decision of penalty -- which later came to hunt them when Bamford scored early in the second half.

The timing of his run was spot on as he beat offside flag and latched on to Tyler Roberts' through-ball before firing a low shot into the far corner.

? That pass! That finish! We do score some beautiful goals! pic.twitter.com/tB8f4NZ8S2

A neat Stuart Dallas finish from the edge of the box and Raphinha's superb free-kick sealed the points.

The home side could have all but wrapped up the points in the five minutes after the opener, but Roberts fired inches wide before Bamford saw a shot well-saved by Alex McCarthy.

The Saints goalkeeper also saved brilliantly with his foot to stop Llorente from scoring his first Leeds goal from close range.

Danny Ings started on the bench for the Saints and was introduced with half an hour to play to little effect.

To rub salt in the visitor's wounds, Oriol Romeu, who had earlier prevented Raphinha shooting after he had broken away with a superb sliding tackle, added to his side's injury problems by limping off.

Hassenhuttl managed to put a tourniquet on Southampton's wound but the loss against Leeds may have removed it as they slipped further down the EPL table.

Southampton are five points worse off and eight clear of Fulham, whose form has been picking up as the Saints' has been crumbling.

The win takes Leeds up to 10th in the table with 35 points from their 25 games.