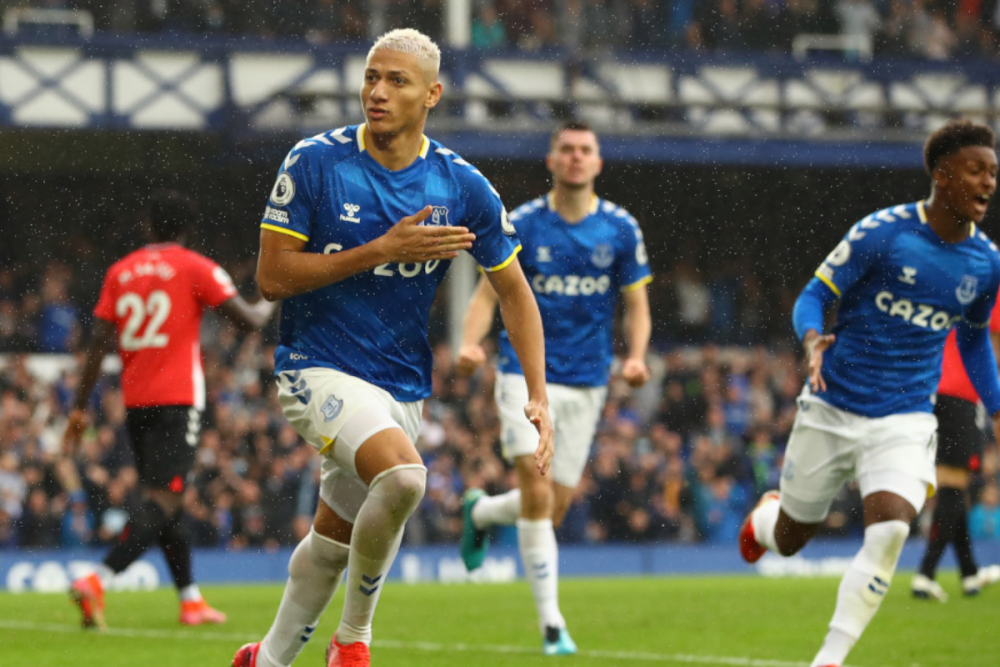 Everton rallied from a goal down to beat Southampton 3-1 in the Premier League as new manager Rafa Benitez enjoyed a winning start to his reign at Goodison Park on Saturday.

Benitez's appointment was not a popular one on the blue half of Merseyside after his spell in charge of Liverpool and his side left the field to boos at halftime as they trailed to a goal by Adam Armstrong on his Southampton debut.

But whatever the Spaniard said at the break did the trick as Everton were a different proposition once Richarlison equalised from close range in the 47th minute.

Abdoulaye Doucoure's sublime finish put them ahead in the 76th minute before Richarlison set up Dominic Calvert-Lewin to make the points safe late on.

Benitez is the first manager to cross the Liverpool divide since the 1890s but was greeted warmly before kickoff and again at full-time as a new chapter in his managerial career began.

After last season's struggles at home when Everton managed to win only six of 19 at Goodison, it looked like being a familiar tale when Armstrong scored after 22 minutes.

Everton defender Michael Keane was caught dawdling in possession by Che Adams who flicked the ball through to Armstrong who finished high past Jordan Pickford.

Armstrong, signed from Blackburn Rovers, was a handful in the first half as Southampton were good value for their lead while Everton were hesitant at the back and toothless upfront.

But everything changed two minutes after the break when Andros Townsend headed a clearance back into the Southampton area and Richarlison, a week after helping Brazil win the Olympic final, poked home the equaliser.

Everton were much livelier after that and went ahead when Doucoure turned sharply in the penalty area before smashing a rising drive past Alex McCarthy.

Everton's fans were joyous a few minutes later when Richarlison did well down the right and his low cross was met by a diving Calvert-Lewin.