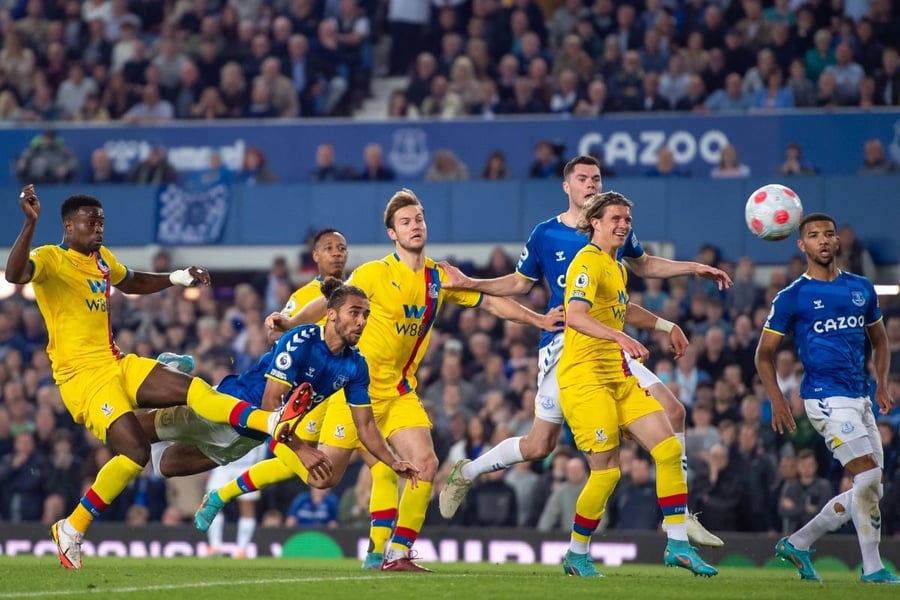 Dramatic scenes at Goodison Park as Everton came back from a two-goal deficit to win 3-2 win against Crystal Palace which guaranteed them a spot in next season's Premier League standings.

Unlikely hero Dominic Calvert-Lewin with a diving header in the dying minutes of the match ensured that Everton won the penultimate game of the season.

Frank Lampard's side recovered from conceding twice in the first half as Michael Keane and Richarlison netted after the break.

After a nerve-jangling battle to avoid playing outside the top flight for the first time since 1954, Everton can finally relax with one game to play.

Their thrilling comeback was a microcosm of Lampard's reign since he took over in January, with Everton staring disaster in the face before pulling back from the brink.

"It is the character of this club, the fans and the players that dragged us through," Lampard said.

"The players to a man were incredible. The fans lifted them and we created a special night in Everton's history.

"The spirit of the club was immense. I'm overwhelmed."

Burnley, who host Newcastle in Sunday's final round of fixtures, climbed above Leeds on goal difference thanks to their point at Villa.

They will be safe if they match Leeds' result at Brentford on the last day.

Whatever happens at the weekend is unlikely to surpass the emotion at Goodison, where fans wept tears of joy during a frenzied post-match pitch invasion.

Palace had silenced the boisterous crowd with their 21st-minute opener.

Vitalii Mykolenko allowed Jean-Philippe Mateta to get in front of him and the Palace forward headed in Eberechi Eze's free-kick.

Several bottles were thrown towards Mateta and the atmosphere turned even more toxic in the 36th minute when Jordan Ayew poked home after Abdoulaye Doucoure failed to clear.

But Lampard had labelled the game "all or nothing" and Michael Keane gave Everton a vital 54th-minute lifeline, the defender applying the finishing touch from Mason Holgate's header.

Revitalised, Everton laid siege to the Palace goal and Richarlison hooked the equaliser past Jack Butland in the 75th minute.

With Goodison at fever pitch, Dominic Calvert-Lewin completed the comeback in the 85th minute with a clinical header that sparked a jubilant pitch invasion.