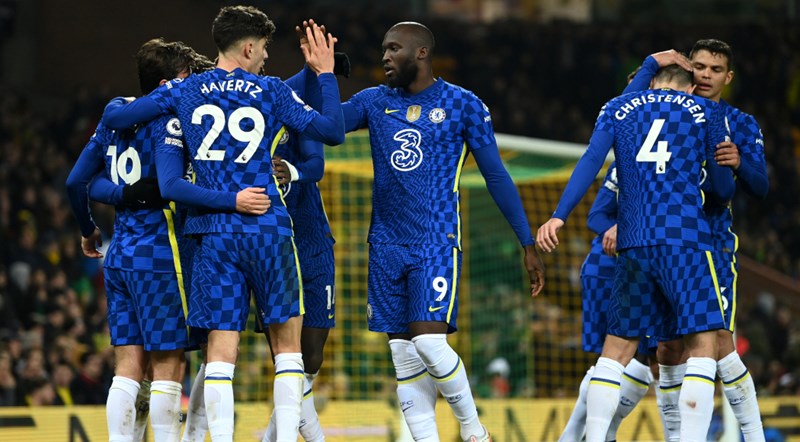 Chelsea shrugged off Roman Abramovich's sanction by the United Kingdom government as they thrashed lowly Norwich City at Carrow Road Stadium on Thursday to keep up in the Premier League title race.

Thomas Tuchel's side arrived at Carrow Road rocked by the revelation that Abramovich is one of seven oligarchs hit by sanctions following Russia's invasion of Ukraine.

Abramovich had already announced he was willing to sell Chelsea, who won 19 major trophies in his 19-year reign.

But if Chelsea's future is clouded in uncertainty, they remain a formidable force on the pitch and goals from Trevoh Chalobah, Mason Mount and Kai Havertz lifted the mood on the 117th anniversary of the club's formation.

Third-placed Chelsea have won nine of their last 10 games in all competitions and sit nine points clear of fifth-placed Manchester United in the race to qualify for the Champions League via a top-four finish.

Asked about the sanctions before kick-off, Tuchel had insisted he wouldn't let the situation affect his team.

"Actually, I'm not sure I am concerned but I am aware of it. It changes almost every day," he said.

"It is a big change from yesterday to today. At the moment it seems on the football side it is almost protected.

Chelsea's main shirt sponsor, mobile phone company Three, had responded to the sanctions by temporarily suspending their deal and asking for their logo to be removed from the team's shirts.

But Chelsea took to the pitch still wearing their blue home kit featuring the Three brandings.