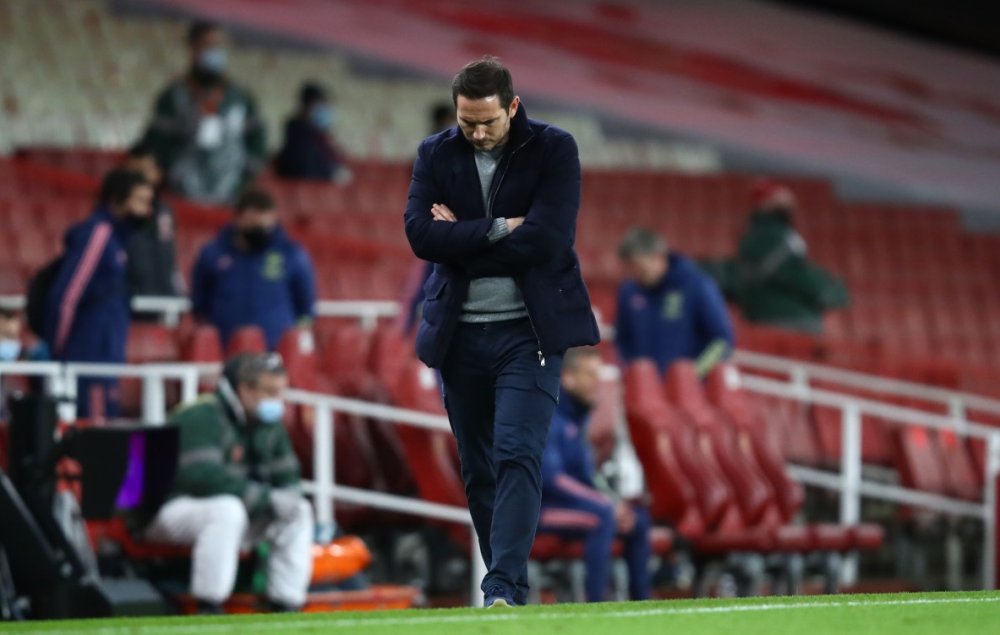 Chelsea battled to a 1-1 draw at home to Aston Villa on Monday as Oliver Giroud's first-half header was cancelled out shortly after the break by Anwar El Ghazi's goal.

AllNews understands that the result means Villa and Chelsea sit in fifth and sixth place in the table respectively ahead of Tuesday's matches, with the Midlands club having played two games fewer than the big-spending Londoners. Lampard made six changes to the team that began Saturday's 3-1 defeat to the Gunners - a performance he described as "lazy" - and his gamble on Giroud paid off when the France striker stooped to head in a cross by Ben Chilwell in the 34th minute.

It was Giroud's third goal in four league starts this season, a contrast to a poor run for Timo Werner who has failed to score in the league since 7 November.

The German, signed from RB Leipzig in the summer, appeared only as a substitute on Monday.

Villa drew level in the 50th minute when El Ghazi sidefooted a volley at the far post through the legs of Chelsea goalkeeper Edouard Mendy after a long-range cross by Matty Cash. Chelsea protested in vain that their defender Andreas Christensen had been fouled in the build-up by Jack Grealish.

Both sides pushed for a winner to keep themselves in contention at the top of the table.

Villa's John McGinn rocked the goal frame when his fierce shot smashed against the bar from 25 yards out with Mendy only able to watch.

In the dying seconds, Chilwell almost won it for Chelsea when he hit a near-perfect volley just wide from an angle.

Lampard said his players had responded to his criticism after the loss to Arsenal.

"Nobody let me down tonight, the attitude was great. We just didn't get the rub of the green," he said after the match.

Villa coach Dean Smith said his in-form side, who beat Crystal Palace on Saturday 3-0 despite playing much of the game with 10 men, were thriving on their momentum.