EPL: City Breeze Past Newcastle Into Fifth On Table 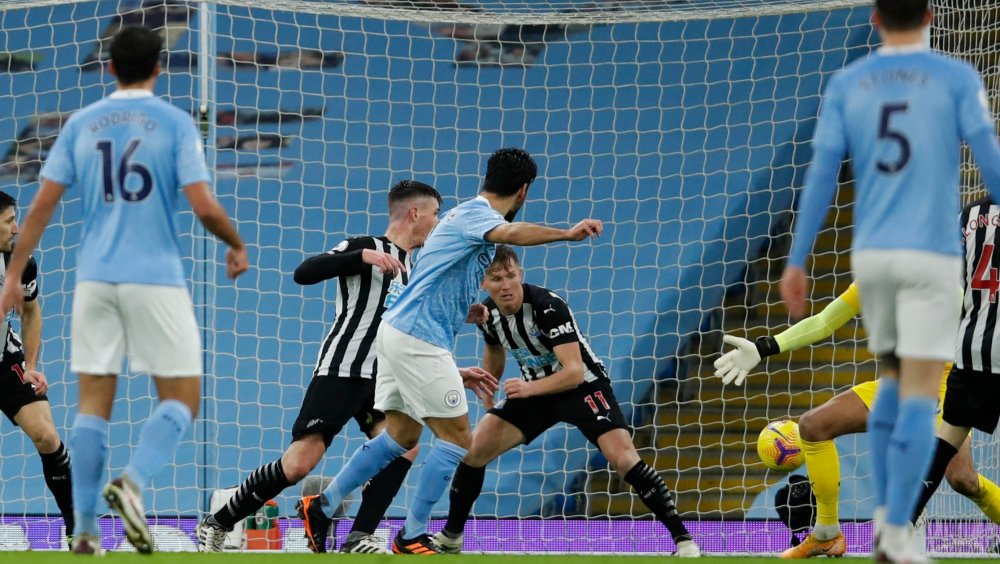 Manchester City on a catch-up mission as they breezed past Newcastle United 2-0 with goals in each half from Ilkay Gundogan and Ferran Torres, a result that lifted them to fifth in the Premier League on Saturday. AllNews understands that it was a showering, cold boxing day night at the Etihad Stadium, Newcastle boss Steve Bruce started with a five-man backline to keep City's array of attacking talent at bay but it was futile.

Watch the highlights from our win over the Magpies ?

The home side went ahead in the 14th minute when Gundogan calmly fired home Raheem Sterling's pass from close range after a typically patient and incisive build-up from Pep Guardiola's side. With City dominant in possession throughout, it took until the sixth minute of the second half for Newcastle to register a shot on target, but all it did was provoke the hosts even more, and four minutes later they went 2-0 up.

A concerted attack that ebbed and flowed across the field ended when Newcastle defender Federico Fernandez could only deflect a cross from Joao Cancelo into the path of Ferran Torres, who scored with a simple finish.

Torres, who spurned a couple of other decent chances on the night, was replaced by Sergio Aguero in the 77th minute. He forced a superb save from Newcastle keeper Karl Darlow minutes after coming on, but there were to be no further goals as City coasted to victory. "We could have scored more, but most important was the three points. We should always share the responsibility to score goals, there are enough quality players in the team," goal-scorer Gundogan said following the final whistle.

Manchester City, who travel to second-placed Everton on Monday, climbing to fifth in the table with 26 points after 14 games while Newcastle, who are 12th on 18 points, host league leaders Liverpool on Wednesday.