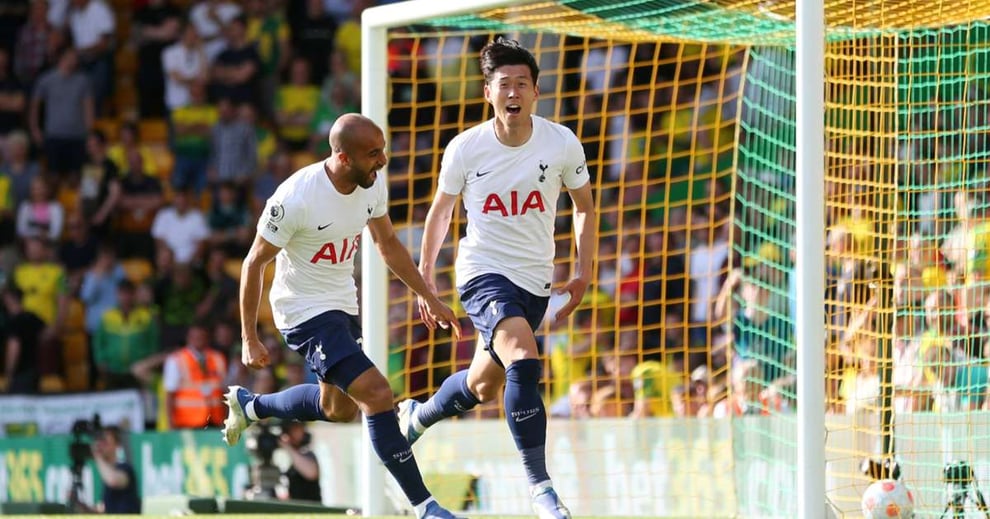 Antonio Conte led Tottenham Hotspur to Champions League qualification on the final day of the season by thrashing already-relegated Norwich City 5-0 at Carrow Road in the Premier League on Sunday.

Two goals from Dejan Kulusevski and Heung-Min Son, and a Harry Kane header guaranteed Antonio Conte's side a fourth-place finish and a spot in Europe's elite club competition for the first time in three seasons.

Spurs finish the season on 71 points, two ahead of Arsenal in fifth who will play in next season's Europa League.

Tottenham opened the scoring in the 16th minute through Kulusevski after Pierre-Emile Hojbjerg set up Rodrigo Bentancur with a lofted ball to the edge of the box which the Uruguay international squared to the Swede who netted from close range.

Kane doubled their lead in the 32nd following a mistake by Norwich keeper Tim Krul, who played the ball straight to Bentancur near the corner of the area and the England striker finished with a diving header into an empty net.

January signing Kulusevski made it 3-0 in the 64th minute with a fine individual effort, firing into the top left corner from the edge of the box for his fifth goal in 18 league games.

Son added two more in the 70th and 75th minutes, after being denied by Krul three times in 10 minutes, to end the campaign with 23 - level with Liverpool's Mohamed Salah in the race for the Golden Boot as the season's top Premier League scorer.