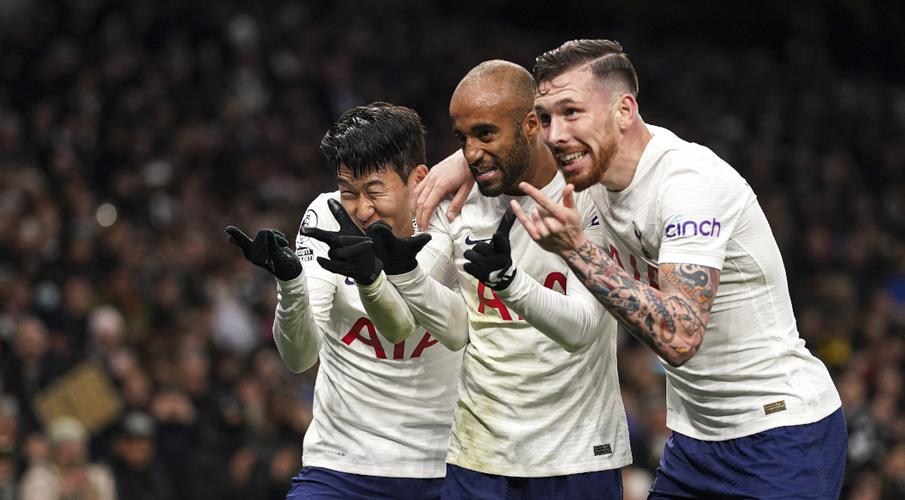 The victory lifted Spurs into fifth place with 25 points from 14 matches, 10 points off the top of the table but with a game in hand, as new manager Antonio Conte continued to make an impact.

Moura gave the home side a 10th-minute lead with a shot from outside the penalty area that proved as impressive a finish as the slick build-up that led to it.

Sanchez thrashed home a loose ball from close range from Son’s corner to double the lead after 67 minutes and effectively snuff out some enterprising passages of play from struggling Norwich.

Ten minutes later, Son held off the visiting defence to work himself into position and smash the ball past Tim Krul in the Norwich goal.

Defeat for the Canaries was the first since Dean Smith took over as manager and left them bottom of the table.

They did create opportunities, however, with Teemu Pukki coming close to snatching a third-minute lead but hitting his shot straight at Spurs goalkeeper Hugo Lloris.

They were also well-placed to equalise soon after halftime but Adam Idah spurned a close-range chance with the goal at his mercy after Pukki had miscued an initial effort.

Spurs’ superior finishing made all the difference even if skipper Harry Kane failed to add to the single league goal he has scored this season.

Moura’s effort was powerfully hit, Sanchez showed split-second reactions to snap up his goal after Ben Davies had flicked on Son’s corner and Son's powerful run past the Norwich defence also resulted in a well-taken goal.

It was the first time Spurs had scored three goals in a home league game this season.