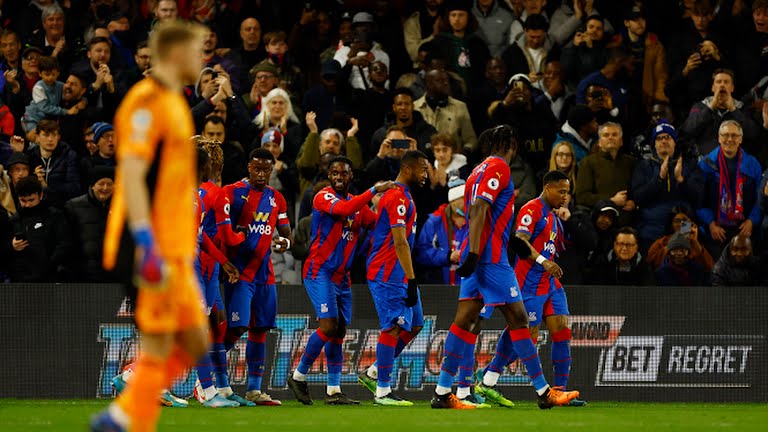 Crystal Palace dealt a significant blow to Arsenal's bid to finish in the Premier League's top four with a 3-0 win at Selhorst Park on Monday night.

Mikel Arteta apologised for Arsenal's "unacceptable" performance during the match but an apology would do no good when West Ham United, Manchester United and Tottenham Hotspur are chasing your team from behind. 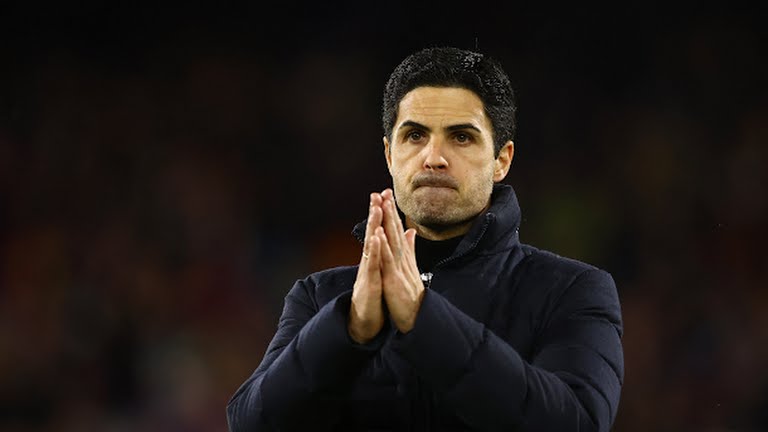 Arteta's side were destroyed by first-half goals from Jean-Philippe Mateta and Jordan Ayew at Selhurst Park on Monday.

Unable to muster a revival after the break, Arsenal's second defeat in their last three league games was sealed by Wilfried Zaha's late penalty.

Arsenal had gone into the weekend in fourth place, but Tottenham's 5-1 win against Newcastle on Sunday piled pressure on the Gunners and their response could not have been any less convincing.

The battle to qualify for next season's Champions League via a top-four finish is heating up and Arsenal are in danger of wilting. 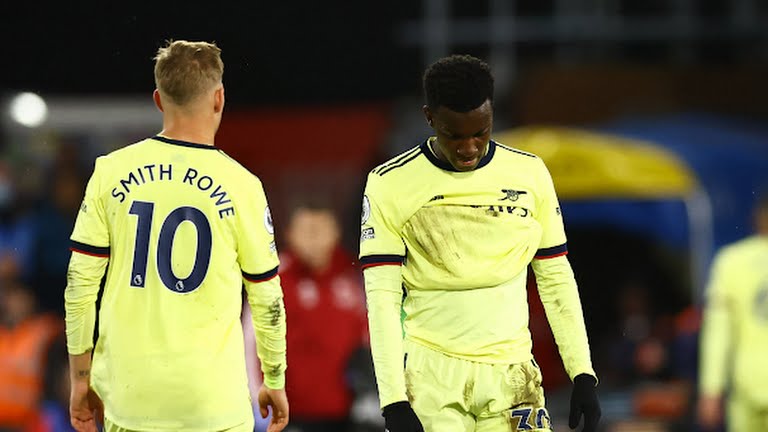 They sit in fifth place, behind Tottenham on goal difference having played a game less than their north London rivals.

West Ham and Manchester United, both three points behind Arsenal, will also fancy their chances after a result that blew the top four battle wide open.

"We made it impossible for ourselves with the way we competed. You have to be physical and run and then you earn the right to play. We were really inconsistent on the ball and that is unacceptable," Arteta said.

"We were poor, especially in the first half. I apologise to our supporters. We didn't have the presence or the composure to dominate the situation. That's what I'm most annoyed with."

It was an especially painful result for Arsenal fans given the presence in the Palace dug-out of Eagles boss Patrick Vieira, a Gunners legend after his trophy-filled playing career with the club.

How they could have done with the kind of tenacious performance that was Vieira's hallmark in midfield during Arsenal's glory days.

Vieira comfortably out-witted Arteta, who was voted the Premier League's manager of the month for March after masterminding his side's climb into contention for a top-four berth.

"We need to put our hands up and get the criticism we deserve. Then we accept it, look ourselves in the mirror and look to the next game. This performance was not good enough," Arteta said.