EPL: Dennis Header Not Enough As Brentford Fights Back To Win 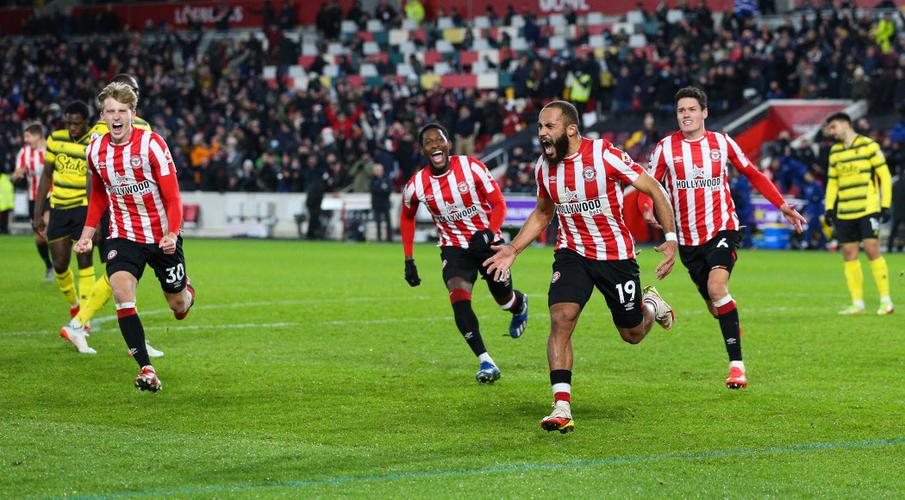 Ranieri's men were heading six points clear of the relegation zone thanks to Nigerian striker Emmanuel Dennis header but conceding two goals in the late minutes sealed a 2-1 win for Brentford on Friday.

Watford manager Claudio Ranieri said his side have to learn to battle for their place in the Premier League after letting in two goals in the dying minutes.

The Hornets slipped to a sixth defeat in seven league games.

"It is a missed opportunity," said Ranieri. "We knew it was an important game.

"The Brentford team were ready for the battle and some of my players weren't. Every situation is a fight and we have to be smarter."

Brentford were still missing talismanic striker Ivan Toney due to a positive test for coronavirus, but the Bees turned the game around in a dramatic finale.

Captain Pontus Jansson powered home a header for his first goal for the club from Marcus Forss' flick-on.

Substitute Saman Ghoddos then lured William Troost-Ekong into a rash challenge inside the box four minutes into stoppage time.

Bryan Mbuemo took responsibility from the spot in the absence of Toney and coolly sent Daniel Bachmann the wrong way to secure just Brentford's second win in nine league games.

"It's crazy. This is what football is all about. These are the moments we are working so hard to try and achieve," said Brentford boss Thomas Frank.

"It's an unbelievable performance and getting three points with the injuries and Covid cases. We equalise in the 84th minute and still go for the win, that's crazy."

Frank's men climb to ninth, 10 points clear of the relegation zone in their first season in the top flight of English football for 74 years.

Watford, by contrast, could end the weekend in the bottom three if Burnley beat West Ham on Sunday.