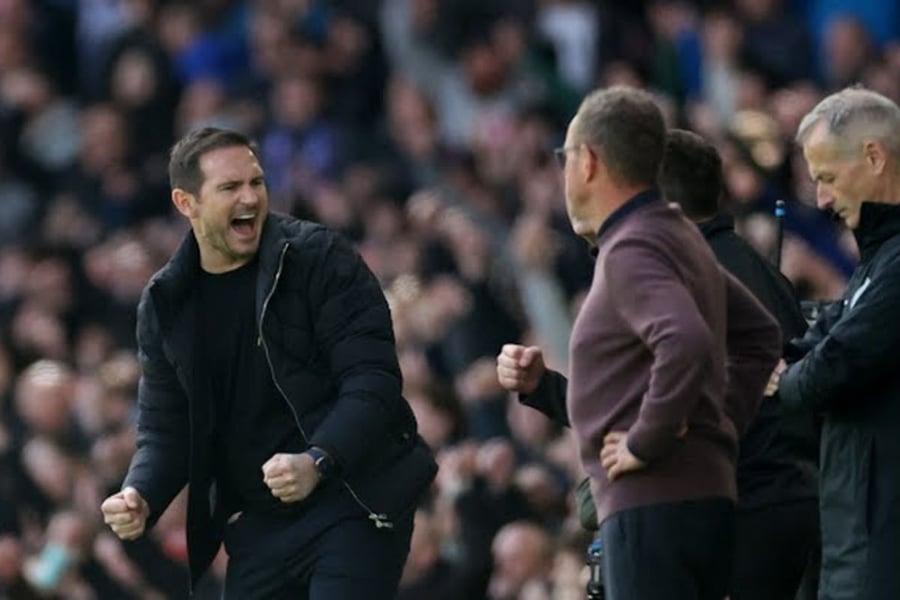 Manchester United's miserable season continued on Saturday as Everton boosted their Premier League survival hopes with a 1-0 win over Ralf Rangnick's side at Goodison Park.

Out of all cup competitions, United were looking to earn a victory that would have moved them level on points with Tottenham Hotspur in fourth.

But their task was made all the more difficult when Anthony Gordon gave Everton a first-half lead.

For the Toffees, hovering above the relegation zone, the nerves showed after the break, but the visitors lacked the quality to get back into the match despite a wealth of attacking options on the pitch. 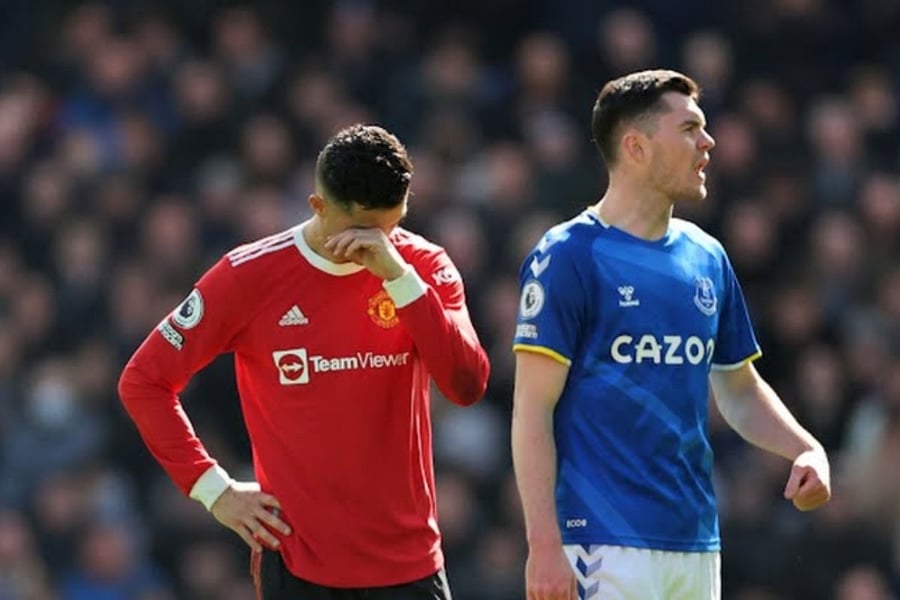 A late Cristiano Ronaldo effort was as close as United came to a leveller as they slipped to a loss that leaves the team with the most English top-flight titles ever seventh in the standings, three points behind Spurs, who play Aston Villa later on Saturday.

Everton defended for their lives at the death, hanging on for a precious victory that helped them pull four points clear of 18th-placed Burnley, who travel to Norwich City on Sunday.

"We don’t score, we don’t even create proper chances to score," United goalkeeper David de Gea told Sky Sports. "I don't know what to say, to be honest.

"We're not good enough, that's for sure. It's going to be very difficult now to be in the top four.

"Of course it's not the perfect atmosphere. They were tired, they were nervous, but they keep going and keep fighting. They had more desire than us, which is not acceptable. It's very sad to lose today."

The groans became more audible around Goodison as the half wore on, with their error-prone team misplacing pass after pass. 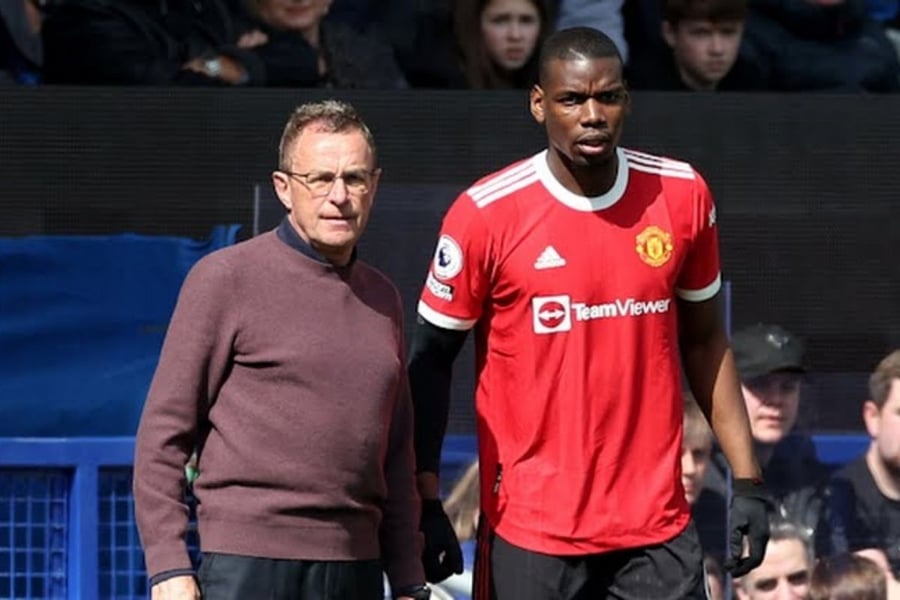 The hosts did not muster an attack until the 27th minute, but they got the stroke of luck they needed as Gordon's effort was deflected past David de Gea off United captain Harry Maguire's back and in, as the home fans roared with delight.

Buoyed by their break, Brazilian striker Richarlison found the confidence to send a dipping strike towards goal, again aided by a deflection, which forced De Gea into an agile stop.

With their season in danger of fizzling out, United needed a response in the second half. Bruno Fernandes picked out a brilliant pass for Rashford, but he failed to connect when through on goal.

For all their possession in the second half – United had almost 75 per cent of the ball after the interval – they could not find the killer pass, with a Paul Pogba effort from distance and Ronaldo's late snap shot their only real opportunities of note.

Rangnick rang the changes, but it had little effect, as United meandered towards another disappointing season finish - five years without a trophy come to the end of this campaign, and nine since their last league triumph.

Everton will now be focusing on prolonging their 68-year stay in the top flight.

"Coming off the back of the last game there was a lot of disappointment," midfielder Fabian Delph told BT Sport, referring to their midweek loss away at fellow strugglers Burnley. "Heads were down, as you'd expect. We came into it with a good game plan.

"It was about sticking together and riding the storm, and we managed to do that. It's a massive relief for the players, management and everyone associated with Everton."