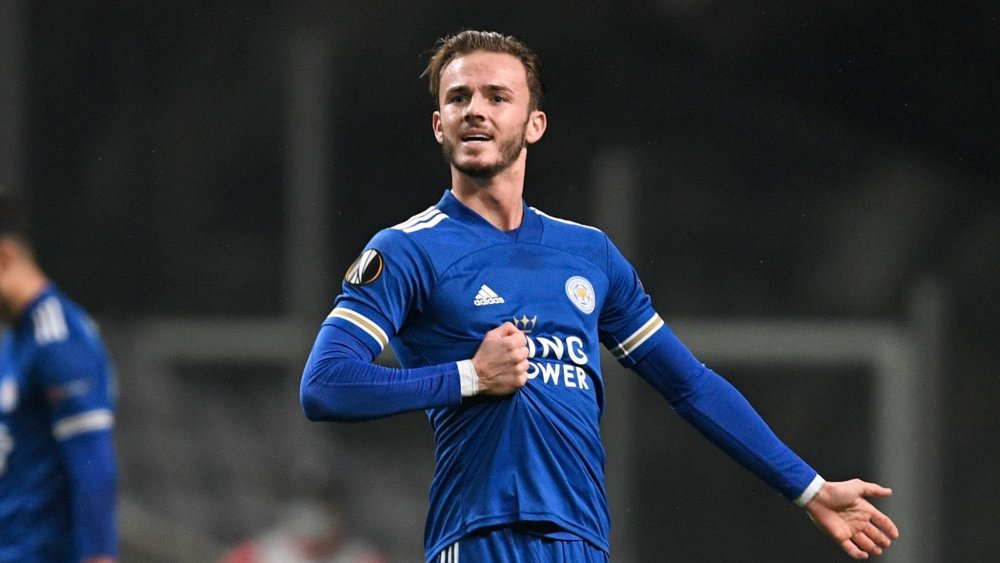 Everton clinched all three points from a hard-fought-for 2-1 Premier League win at Leeds United on Wednesday while Maddison pulled the strings for Leicester City to dampen Fulham's hope of escaping relegation.

Leeds dominated throughout but Everton took a ninth-minute lead through Sigurdsson who steered a sharp low cross by Lucas Digne past goalkeeper Illan Meslier before Egzjan Alioski rattled the woodwork at the other end.

A string of saves by keeper Robin Olsen, who stood in for the injured Jordan Pickford, kept Everton in the driving seat and the visitors struck again in the 41st minute as Calvert-Lewin dived to head home at the far post.

Leeds pulled one back shortly after the break when Brazilian winger Raphinha side-footed past Olsen from 10 metres after Mason Holgate failed to clear the danger and the hosts then pegged Everton back.

The outstanding Olsen made four stunning saves in the space of 30 seconds midway through the second half as Everton ground out their fourth successive away win, bouncing back from Saturday's 2-0 home defeat by Newcastle United.

Leicester City midfielder James Maddison created both goals in a 2-0 win at relegation-threatened Fulham on Wednesday as Brendan Rodgers's side moved provisionally up to third in the Premier League.

Fulham, 18th, are now winless in the league in 11 games since a 2-1 victory at Leicester in November and they sit seven points from the safety zone. Leicester are two points behind second-placed Manchester United.

Leicester took the lead in the 17th minute when Maddison's pin-point cross found Kelechi Iheanacho making a run into the box and the Nigerian forward scored his first league goal of the season with a well-directed header.

Maddison grabbed a second assist just before halftime when he was released down the middle before spotting James Justin's lung-busting run into the box and the full-back took one touch to round goalkeeper Alphonse Areola and score.

Maddison has hit a purple patch and his two assists mean he has now contributed to nine goals in his last eight appearances in all competitions.

Fulham manager Scott Parker made halftime changes with Mario Lemina and Ivan Cavaleiro coming on but the London side rarely tested Kasper Schmeichel in Leicester's goal.

"(Maddison is a) top player that makes good decisions and has the quality to make the difference. The first goal, the cross is on the money. The calmness and composure to assist the second, it's where he is."