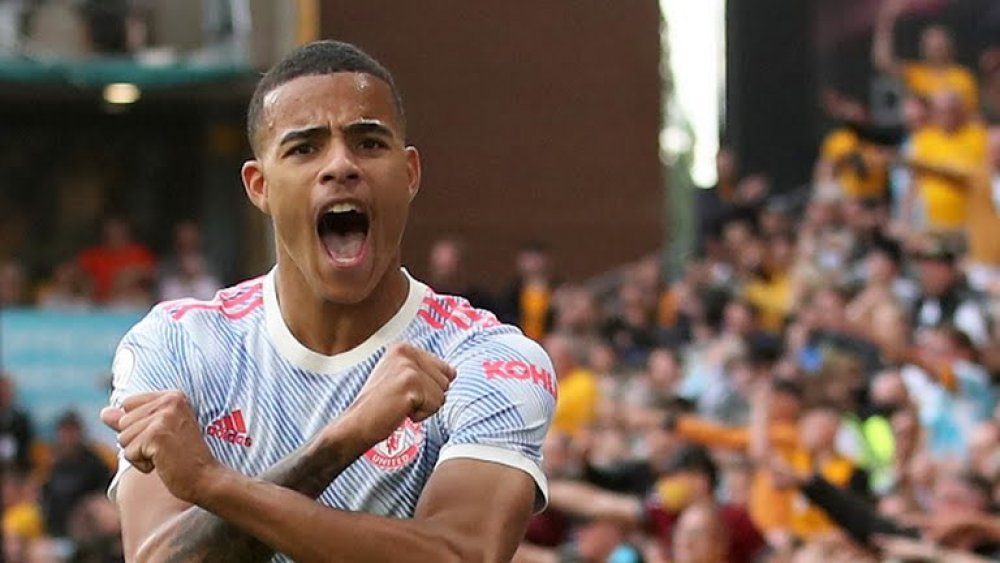 English winger Mason Greenwood's strike 10 minutes from time snatched a fortunate 1-0 win at Wolves to keep Manchester United Premier League record of 28 away games without defeat as of Sunday.

The visiting fans at Molineux were euphoric even before kick-off in United's first game since a deal was agreed to bring Cristiano Ronaldo back to Old Trafford.

Ronaldo was not present with the paperwork for his move yet to be completed, but United did hand a first start to their other two big summer signings Raphael Varane and Jadon Sancho.

Those additions have raised expectations for Ole Gunnar Solskjaer's men to challenge for a first Premier League title since 2013, but it was a teenager from their own academy that allowed the Red Devils to escape with the win.

Amid the huge excitement over Ronaldo's return to the club where he first made his name as a world star, there have been questions over what his arrival will mean for the development of Greenwood.

The 19-year-old has now become the first teenager since Robbie Fowler to score in the first three games of a Premier League season.

"The boy is special," said Solskjaer, who agreed with England manager Gareth Southgate for Greenwood to sit out international duty over the next two weeks after a hectic start to the season.

"I had a good conversation with Gareth I think the best thing at the moment is to focus on his every day football (at United) and I'm sure he'll come good for England."

Wolves have yet to pick up a point or even score in new manager Bruno Lage's first three league games in charge and their issues in front of goal spoiled an otherwise promising performance.

The home side were also furious that no foul was awarded for a challenge by Paul Pogba on Ruben Neves in the build-up to the only goal.

"Everyone saw it, everyone saw my leg," said Neves. "It's a clear foul, there's nothing more to say."

Adama Traore was linked with a move to be reunited with his former manager Nuno Espirito Santo at top-of-the-table Tottenham this week and the two sides to the Spaniard's game were clearly in evidence.

Traore's terrifying pace saw teed up Raul Jimenez, but the Mexican's shot was comfortably saved at his near post by David de Gea.

Less than 10 minutes were on the clock when United were torn apart again by the threat of Traore as this time Francisco Trincao bore down on goal and only a brilliant block from Aaron Wan-Bissaka prevented a certain goal.

United also needed David de Gea to come to their rescue as the Spanish goalkeeper produced a miraculous reaction save to deny Romain Saiss the opener midway through the second-half after he had parried the Moroccan's first effort.

"David has found his desire, his determination. You can see that in the work he does every day," added Solskjaer. "That second save was special."

And the game was decided by a tale of two keepers.

With referees under strict guidelines to let the game flow more in the Premier League this season, Mike Dean waved play on when Pogba dived in on Neves after overrunning the ball.

Varane fed the loose ball wide to Greenwood, who thrashed a low and hard finish on his weaker right foot through the grasp of Jose Sa.

The Portuguese goalkeeper should have done much better, but United did not care as they moved level with Chelsea and Liverpool in a bunch of five sides just two points behind Tottenham.