EPL: Iheanacho On Target For Leicester In Crystal Palace Defeat 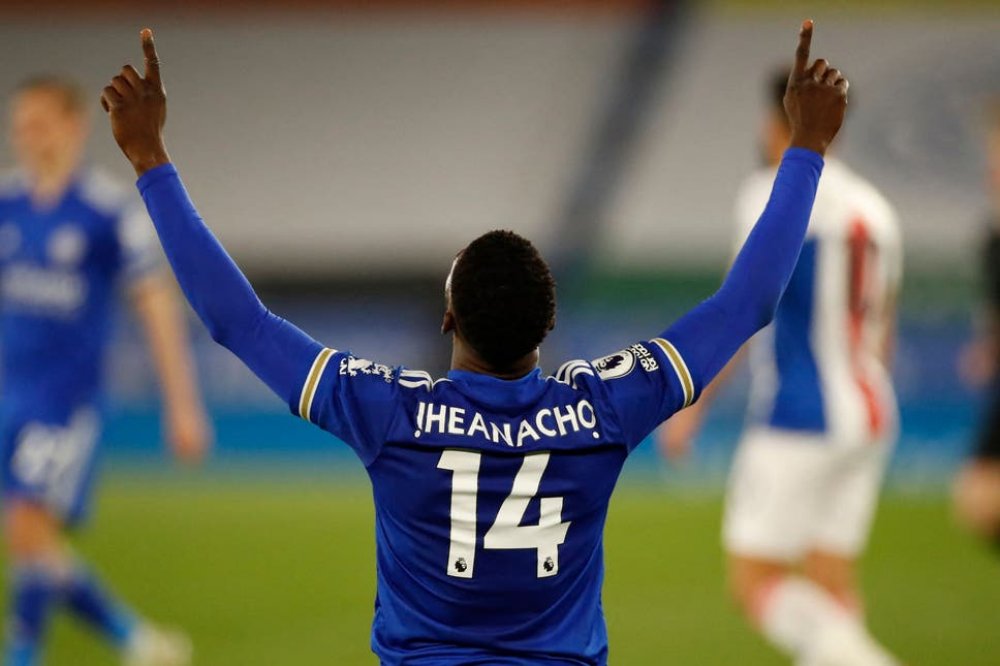 Nigerian Iheanacho set up Leicester's equalizer for Timothy Castagne just after halftime, then smashed home an 80th-minute winner to complete the turnaround at the King Power Stadium.

The Nigerian striker has scored 12 goals in his last nine games in all competitions for Leicester -- who are closing in on a place in next season's Champions League.

Thirteenth-placed Palace were the better side in the first half and took the lead through Wilfried Zaha in the 12th minute.

Leicester responded well though to claim the win that moved them seven points ahead of fifth-placed West Ham United.

They have 62 points from 33 games played, five behind second-placed Manchester United, and four ahead of Chelsea.

If Leicester do go on to secure the top-four finish that eluded them last season after a late slump, they will have the 24-year-old Iheanacho to thank for it.

The former Manchester City player was a fringe part of the team earlier in the season but he has taken his game to new levels since February with Jamie Vardy as strike mate.

"He is a talented player and when you are a striker, the rhythm of games is important and over the last few months he has been absolutely incredible," Leicester boss Brendan Rodgers said of Iheanacho's impact.

"The goal he scored tonight was sheer quality."