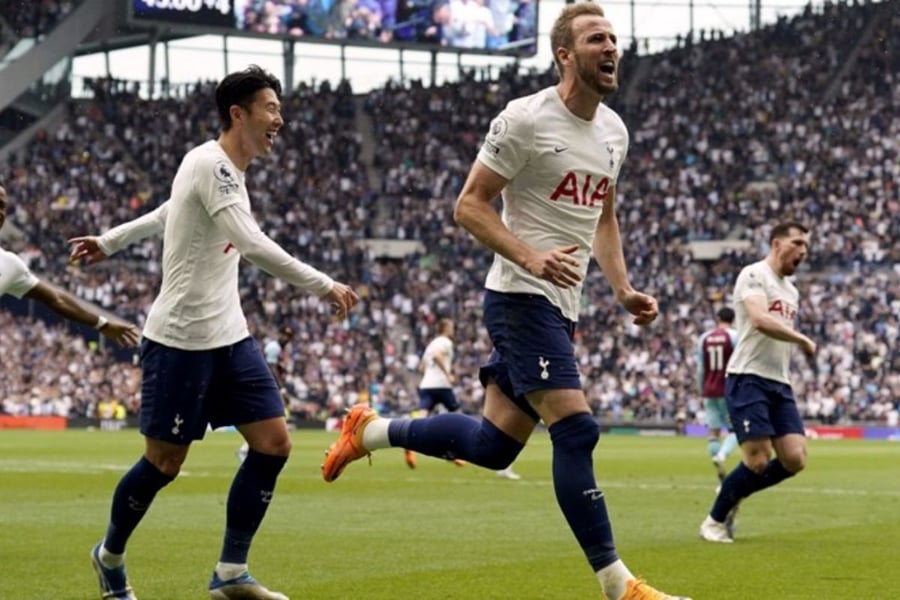 Spurs move two points ahead of north London rivals Arsenal, who travel to Newcastle on Monday, in the battle for fourth place.

Tottenham still need a slip up from the Gunners to return to the Champions League next season but upped the pressure on Mikel Arteta's men.

The defeat leaves Burnley outside the relegation zone only on goal difference with two games of the season to go.

Buoyed by Thursday's 3-0 win over Arsenal to keep the race for a place in the Champions League alive, Spurs flew out of the traps.

Kane had a goalbound header cleared off the line by Nathan Collins before Nick Pope produced the first of a string of saves by pouncing on his England teammate's header.

Burnley are only still in the fight for their place in the top flight thanks to a run of 10 points from a possible 12 in the first four games after sacking Sean Dyche.

Defeat at home to Aston Villa last weekend ended that unbeaten run, but there was plenty of encouragement for the Clarets they can do enough to survive in the final week of the season.

Hugo Lloris needed to make a fine save to deny Maxwel Cornet giving the visitors the lead on 27 minutes.

However, a brave Burnley performance was undone by a stroke of misfortune deep into first-half stoppage time.

There was barely an appeal inside the Tottenham Hotspur stadium in real time, but the incident was picked up by VAR and given after a review.

Kane was deadly as usual from the spot as the England captain converted his 21st consecutive successful penalty.

Son Heung-min's bid to beat Mohamed Salah to the Premier League Golden Boot was frustrated after the break by Pope.

The South Korean remains one behind Salah's 22 league goals for the season.

Son's near post striker was brilliantly turned behind by Pope after a flowing Spurs move.

Pope then instinctively threw up an arm to parry Son's strike from point-blank range.

The Burnley goalkeeper's heroics could have salvaged his side a point when Barnes struck the post from long range.

However, they left London empty handed and could end the day in the bottom three if Leeds avoid defeat at home to Brighton.

At the top of the table Manchester City can move to the brink of a fourth title in five years if they win at West Ham.