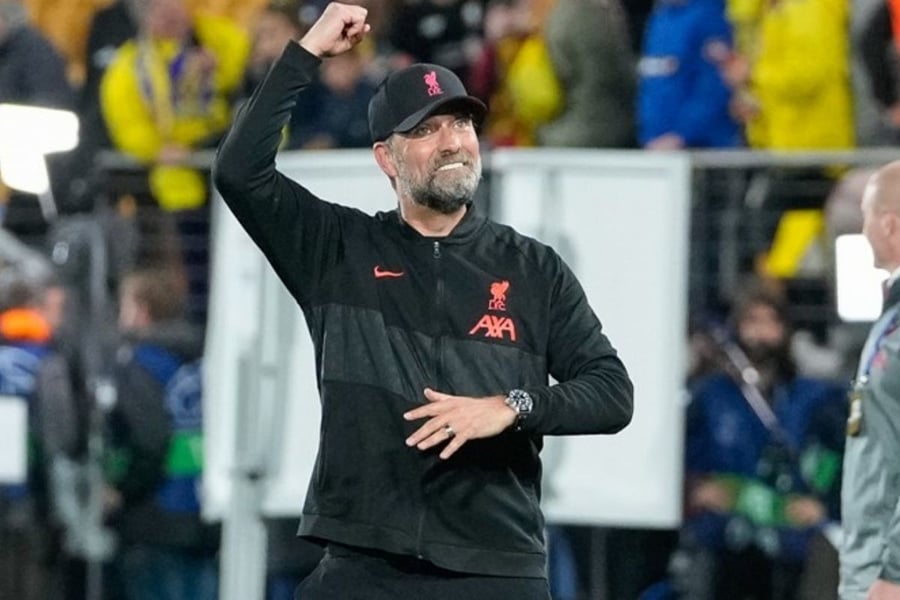 German tactician Jurgen Klopp has admitted that it is "not likely but possible" that Liverpool could pip Manchester City to the Premier League title in Sunday's final round of games.

The Reds pulled a comeback against Southampton to win 2-1 on Tuesday to leave them a point behind City with one game left to play for both teams.

Liverpool would need City to fail to beat Aston Villa at home on Sunday while winning their own game against Wolverhampton Wanderers at Anfield.

"It is possible, not likely but possible. That is enough," said Klopp, who won the Premier League in 2020 but could see City claim a fourth title in five years.

"Of course, it is unlikely because City play at home against Aston Villa, who play only on Thursday. It will be tough against Burnley, they fight for survival," said Klopp.

"But it is football. I think the time when City became champion (in 2019) it was because of 11 millimetres," he added, referring to John Stones' clearance off the line for City against Liverpool that season.

Klopp said he was expecting a raucous atmosphere at Anfield on the final day.

"If someone wants us to be champion then we have to win first and Aston Villa need to get a point at City.

"We all know. We never gave up. We'll give it a try. It's our home game, the last home game of the season. The atmosphere will be outstanding. We'll try to use it. We have to do our job. Football is a tricky game sometimes. Aston Villa play on Thursday and then Sunday. We'll see but you have to focus on yourselves."