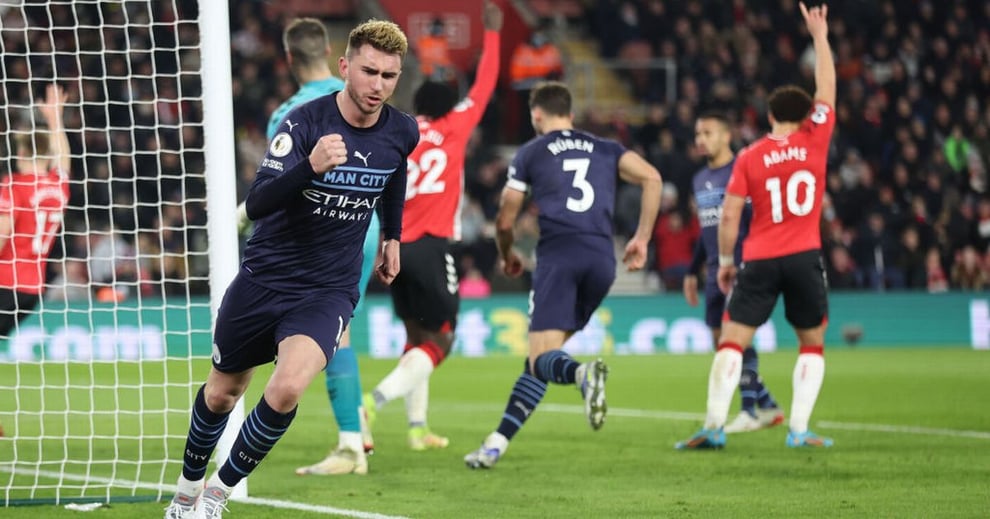 Manchester City held their nerve after the Premier League leaders' 12-game winning run came to a halt but Aymeric Laporte rescued a 1-1 draw against Southampton on Saturday.

City were rocked by Kyle Walker-Peters's first-ever top-flight goal in the opening minutes at St Mary's.

After a poor first half by their high standards, Guardiola's side kicked into gear after the break.

Spain defender Laporte headed the equaliser, but City could not extend their winning streak in a one-sided finale that saw the visitors lay siege to the Southampton goal.

The champions had to settle for a result that left them 12 points clear of second-placed Liverpool, who have two games in hand and face Crystal Palace on Sunday.

"Today we showed the same consistency we have been showing. If people saw in the game that we were lazy or arrogant or trying not to win the game – it was completely the opposite," Guardiola said.

For the first time since they were beaten 2-0 by Palace on October 30, City finished a league game without all three points.

They remain firmly in pole position for the fourth title in five seasons, but their draw on the south coast will give a glimmer of hope to Liverpool and third-placed Chelsea.

Guardiola is unconcerned by the possibility of Liverpool closing the gap.

"I feel as a manager confident for the future with the way we are behaving. Without the ball, everybody helps each other. I know how difficult this stadium is, with the way they play and how good we have played," Guardiola said.

"I don't understand the way people say that now, after this result, the race is open, when before it is over. But this is your job to talk about that.

"I would love to be 40 points ahead of Liverpool and Chelsea, but that's impossible. I would never expect to be in this position, with this margin."

City were rocked in the seventh minute when Walker-Peters linked up with Nathan Redmond on the right flank.

Walker-Peters cut inside and, with City backing off, the right-back had space to shoot into the far corner with the outside of his foot.

Frustrated by Southampton's high-energy display, City were struggling to find their usual rhythm.