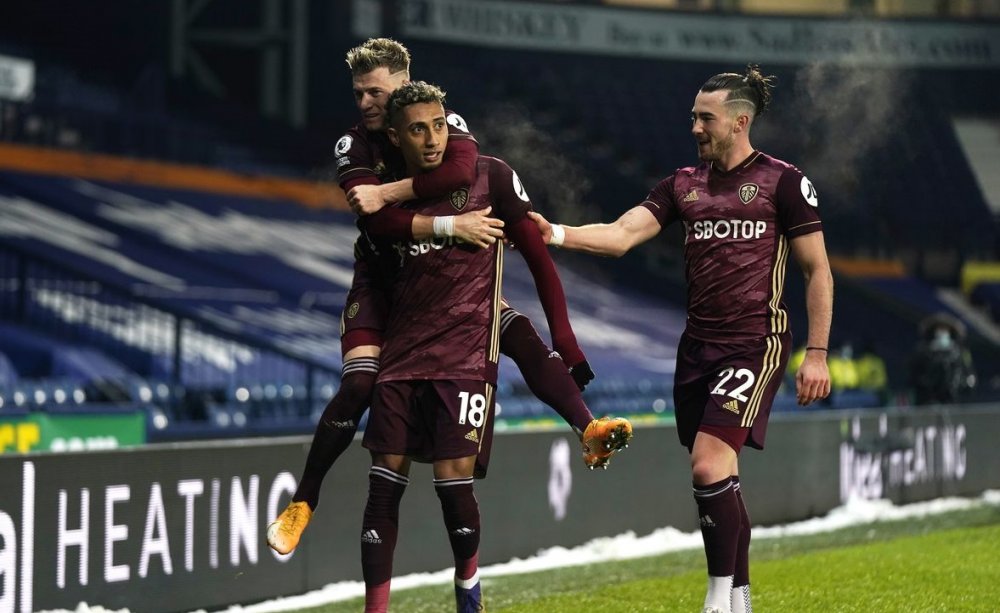 AllNews understands that Leeds United became the first team to concede 30 goals this season after a 6-2 thrashing at United but Marcelo's men paid their goal deficit back after scoring 5 goals against West Bromwich which takes their goal difference to 0.

In the first half, goals from Ezgjan Alioski, Jack Harrison and Rodrigo, and a brilliant strike in the second from Raphinha, gave Leeds their biggest top-flight victory since a 6-1 win at Charlton Athletic in April 2003 and confirmed the enormous task facing West Brom manager Sam Allardyce to keep his side up.

Leeds move up to 11th in the table with 23 points, while West Brom remain second-bottom on eight points from 16 games, five shy of safety. The home side fell behind in the ninth minute as Sawyers put the ball into his own net. He was pressured 25 yards from his goal, swivelled, and played a back-pass to where he expected goalkeeper Sam Johnstone to be.

But the gloveman had taken up a position to the left of his goal to give Sawyers an option for the pass, and the ball nestled into an empty net, a calamity from which the home side never recovered.

"Things can happen like that, they are unexpected, but when they do happen they (his players) have to pick themselves up and fight, be determined," Allardyce said after the game.

"I was shocked to see such a poor performance and we have to work hard to put it right.

"When we lost the ball and tried to defend, we were terrible. We have got to get that balance right in the transition. Life will get difficult if we can't get results quickly."

The match was billed as the defensive structure of Allardyce against the swagger and verve of Leeds under their manager Marcelo Bielsa, but it was proved no contest.

? "All of the goals gave me happiness" Marcelo won't be drawn into which was his favourite goal pic.twitter.com/FRS3gSDLyt

"We dominated the game, and we made few errors, so they couldn't capitalize on anything. We attacked constantly and were efficient," Bielsa said.

"All of the goals gave me happiness. It's (also) important for us not to concede goals because we've conceded way too many (this season)."