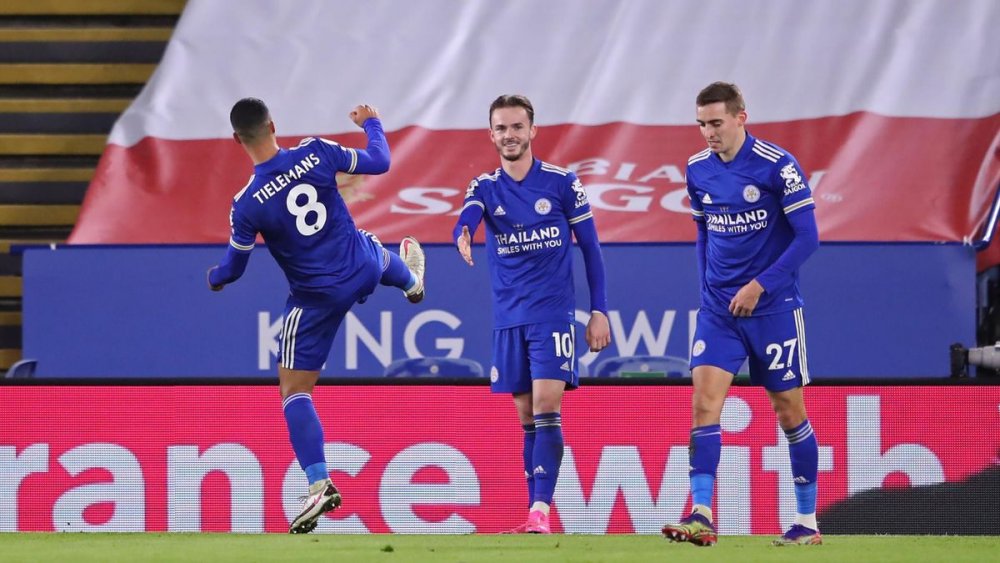 Leicester cruised to a 2-0 defeat against Chelsea on Tuesday, to leave manager Frank Lampard fighting to remain in charge at Stamford Bridge as they go top of the EPL table.

Chelsea were expected to challenge for the title after a £220-million spending spree in the transfer market but the Blues have now won just two of their last eight league games to fall to eighth, nine points behind the leaders.

It is Leicester who are threatening to recreate their heroics of the 2015/16 season when they shocked the world to win the Premier League.

A second title in five years would be less of a surprise, despite the financial gulf between the Foxes and the traditional top six in the English top-flight, as they have established themselves as a force to be reckoned with since Brendan Rodgers took charge nearly two years ago.

Lampard left two of his expensive summer arrivals in Timo Werner and Hakim Ziyech on the bench, but club-record signing Kai Havertz did return with former Leicester midfielder N'Golo Kante ruled out by injury.

Kante was one of the stars of Leicester's title triumph, but Wilfried Ndidi has proved a worthy successor to the defensive midfielder and got the hosts off to a flying start with a rare goal. 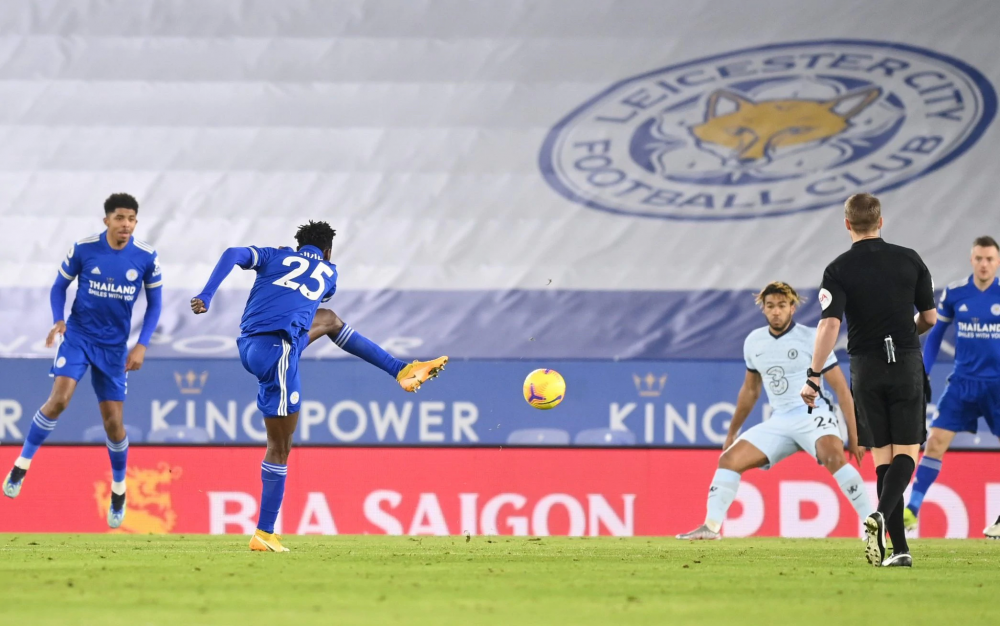 A well-worked corner caught Chelsea napping and even after Harvey Barnes failed to connect with Marc Albrighton's cross, Ndidi smashed in off the inside of the post from just outside the box.

James Maddison then fired off the bar and Edouard Mendy tipped another long-range effort from Marc Albrighton over the bar as Leicester dominated the opening half-hour.

Chelsea showed signs of life when Callum Hudson-Odoi fired into the side-netting and the visitors thought they had won a penalty when Christian Pulisic was upended by Jonny Evans.

A VAR review, though, judged the foul had taken place outside the box and within two minutes it was 2-0 thanks to more dire Chelsea defending.

The margin of defeat could have been far more humiliating for Lampard had Leicester been more clinical in the second half.

James Justin headed wide with a free header at the back post before Albrighton did find the net but the goal was ruled out for offside.

Mendy stood up well to deny Youri Tielemans as a Leicester counter-attack cut through Chelsea with ease on the hour mark.

Lampard responded by turning to his £85 million worth of talent on the bench as Werner and Ziyech were introduced for the final 25 minutes.

Werner has now gone 11 Premier League games without a goal and even when the German international did find the net to flick home a late free-kick, the offside flag rescued Leicester.