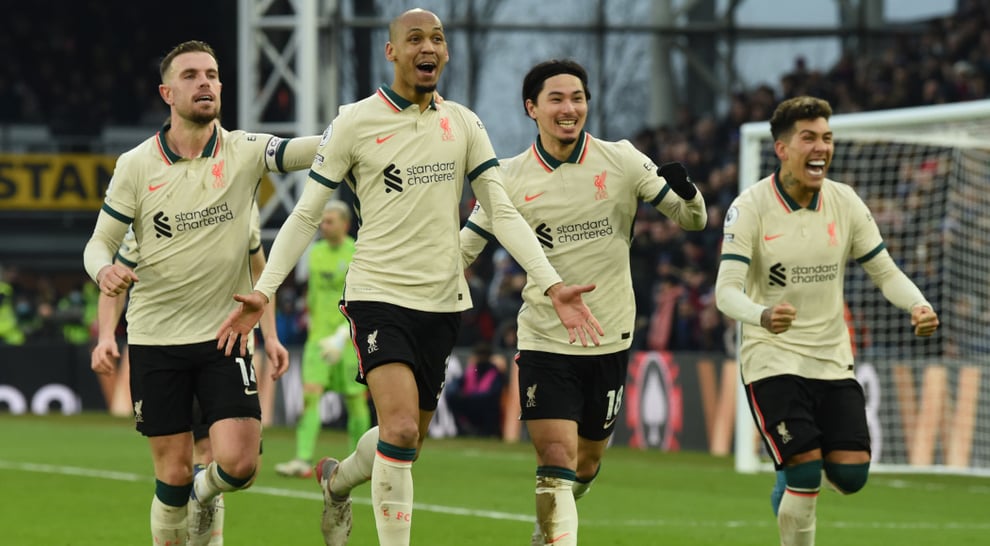 Liverpool cut the gap on Premier League leaders Manchester City to nine points with a 3-1 win over Crystal Palace at Selhurst Park Stadium.

Jurgen Klopp's men also have a game in hand to come on the champions and face City away in April with the chance to further reduce the gap.

By the time Liverpool take the field again on Premier League duty, they should be bolstered by the return of Mohamed Salah and Sadio Mane from their international duties at the Africa Cup of Nations.

The Reds showed no sign of missing their talismen -- Sadio Mane and Mohamed Salah as they blew Palace away in the opening half-hour.

Robertson was the creator again when Alex Oxlade-Chamberlain doubled Liverpool's lead with a calm finish.

However, Palace served warning of what was to come in the second half before the break as Alisson Becker had to make fine saves from Michael Olise and Jean-Philippe Mateta to keep the Eagles at bay.

The Brazilian spread himself brilliantly to deny Odsonne Edouard's backheel, while Conor Gallagher somehow failed to turn in Olise's dangerous cross in a blistering start to the second period from the hosts.

Palace finally got their reward with a brilliant move as Jeffrey Schlupp and Mateta teed up Edouard for a tap-in.

Alisson was needed once again to keep his side in the lead and turn Olise's inventive lob behind.

But Liverpool's two-goal cushion was restored in controversial circumstances a minute from time when a penalty was given after a lengthy VAR intervention for Vicente Guaita's block on Diogo Jota.

Fabinho sent Guaita the wrong way from the spot to seal the points to Klopp's relief.