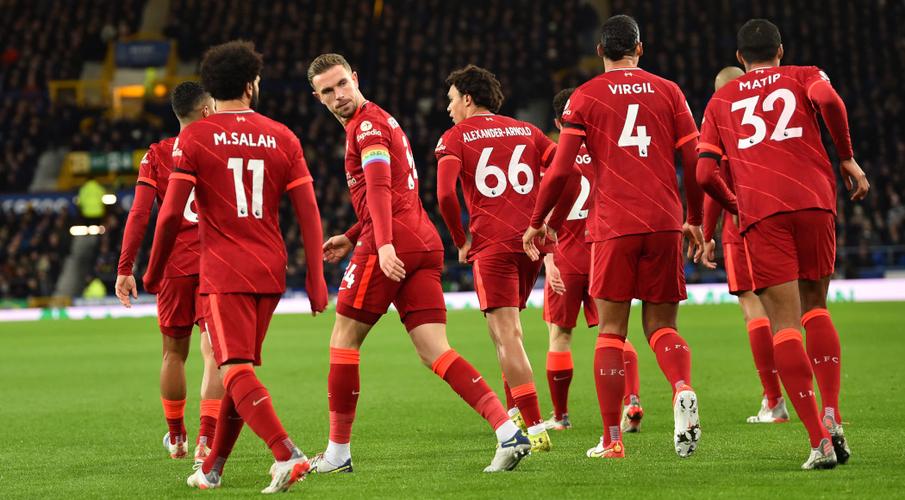 Egyptian forward Mohamed Salah scored a brace as Liverpool showed no mercy on former manager Rafael Benitez to leave the Spaniard clinging to his job as Everton boss after losing the Merseyside derby 4-1.

The Reds had won just one of their previous nine visits to Goodison but were in complete control from the first whistle against Benitez's men, who have now taken just two points from the last 24 on offer in the Premier League.

Stunning strikes from Jordan Henderson and Salah inside 20 minutes gave Everton a mountain to climb.

Demarai Gray's strike gave the Toffees hope before the break.

But that was extinguished by another clinical Salah finish just after the hour mark as the Egyptian took his tally for the season to 19 goals in 19 games before Diogo Jota blasted home a fourth 12 minutes from time.

"It was for sure the best performance at Goodison since I have been at Liverpool," said Reds' boss Jurgen Klopp.

"We had some good games here but never as good or convincing as tonight.

"Tonight we showed we made a big step in our development. This is now our benchmark we have to reach when we play these types of games."

Benitez was an unpopular appointment among many of the Everton support before he had even taken charge of a game given his history as Champions League winning coach for Liverpool during six years at Anfield.

A positive start had quelled some of the disquiet, but Everton are sinking fast towards a relegation battle with the fans in no doubt as to who is responsible.

The travelling Liverpool fans sang Benitez's name in ironic celebration, but he was met with a barrage of boos as he headed down the tunnel at full time.

"I think anyone who could see the game we made too many mistakes and when you do that against a top side you pay for it," said Benitez.

Liverpool could have been out of sight inside 10 minutes as Joel Matip headed just wide before Salah turned Sadio Mane's dangerous cross over from close range and was then denied by a brilliant save from Jordan Pickford.

The opener arrived on nine minutes when Andy Robertson picked out Henderson in acres of space at the edge of the box and the England midfielder caressed the ball past Pickford.

The England goalkeeper was helpless again when Salah added to his collection of special goals in the past few months when he sprinted onto Henderson's perfect pass and bent the ball into the top corner.

Michael Keane nearly turned into his own net moments later as Everton were rocking.

But they and the crowd were given fresh belief seven minutes before the break when Richarlison picked out Gray in space between Matip and Alexander-Arnold to fire low past Allison Becker.

Everton at least made the game a contest for the first 20 minutes of the second period.

But one moment's hesitation from Seamus Coleman was pounced upon by Salah as he sprinted from halfway before slotting into the far corner.

Jota then rounded off the scoring in style by drilling the ball high past Pickford as Liverpool scored four for the third consecutive league game.

Jurgen Klopp's men remain on the tails of leaders Chelsea and champions Manchester City, both of whom also won on Wednesday, with the top three separated by just two points.