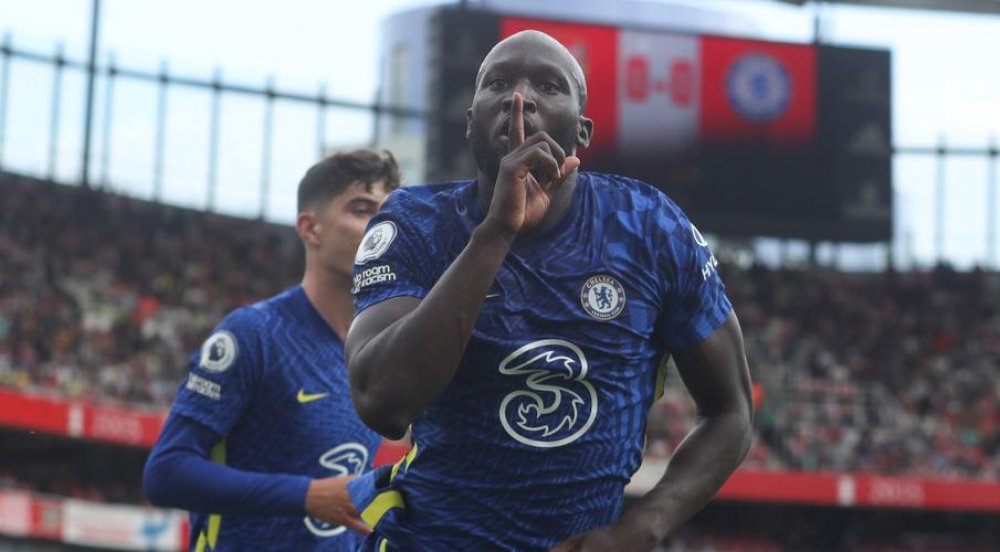 Romelu Lukaku on his second Chelsea debut and a strike by defender Reece James earned the Blues a 2-0 win at London rivals Arsenal on Sunday, their second victory at the start of the Premier League season.

Lukaku needed only 15 minutes to get off the mark for the Blues after his reported 97.5 million pounds ($132.8 million)transfer from Inter Milan, tapping in a cross played into his path by James.

The wing-back scored Chelsea's second goal himself 20 minutes later, taking his time to fire past goalkeeper Bernd Leno after being found in acres of space by Mason Mount.

Lukaku, who never scored a league goal for the Blues in his first spell, showed why Chelsea were prepared to break their spending record to bring him back to the club seven years after he left London.

The Belgian provided the Blues with the kind of muscular presence in attack they have lacked since the departure of Diego Costa in 2017, both when running at Arsenal's defence and holding the ball up with his back to goal.

Only a reflex save by Leno denied him a second goal when the German palmed Lukaku's point-blank header onto the bar with 15 minutes to play.

Arsenal, lacking several key players through injury and illness, rarely threatened to disrupt Thomas Tuchel's well-drilled side, who kept another of their trademark clean sheets and could afford to start with star names such as N'Golo Kante, Timo Werner and Hakim Ziyech on the bench.