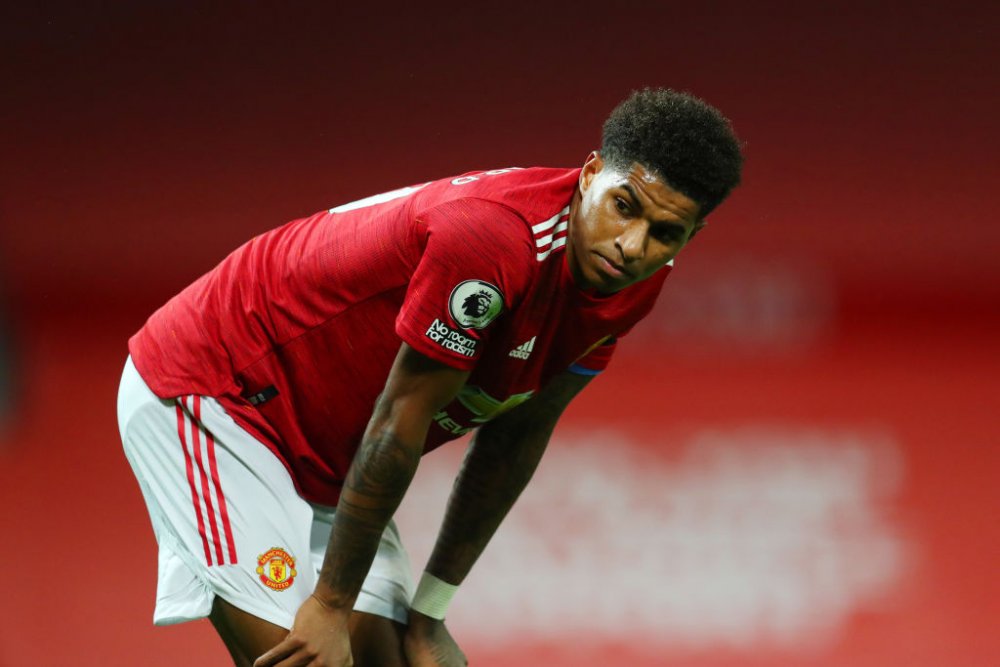 Manchester United striker, Marcus Rashford has dedicated his goal in the English Premier League (EPL) win against Brighton and Hove Albion F.C. to a family friend who he said died last week.

The United no.10 did not witness that goal as he had been substituted off for Daniel James shortly after his goal in the 62nd minute.

The win strengthened Manchester United's grip on second place in the EPL, as they are now four points clear of Leicester City who are in third position, but 14 points behind most likely champions, Manchester City.

"We lost a good family friend this week. That one was for you Budda," Rashford wrote on his verified Twitter handle on Sunday with a love emoji and two pictures from the match.

We lost a good family friend this week. That one was for you Budda ♥️ pic.twitter.com/e5l009qNEr

Rashford not bad this term

Rashford's coolly taken goal was the England forward’s 30th goal involvement for United so far this season and came in a game where he appeared to be less than fit.

At Old Traffod, Rashford has had seven goal involvements in his last nine home games for United. He is now the club’s eighth highest goalscorer in the Premier League era, with 86 strikes, overtaking David Beckham.

READ ALSO: EPL: Marcus Rashford in Awe of This Player of Nigerian Descent

The forward is also clearly enjoying life under Ole Gunnar Solskjaer. Sunday’s goal was his 50th since the Norwegian took over as manager.

He has 45 appearances to his name so far this term. He has played a part in every one of United’s Premier League matches this season and all but two of their cup games.

Rashford and Greenwood’s goal against Brighton from the stands ?? pic.twitter.com/RjE8j20XWl