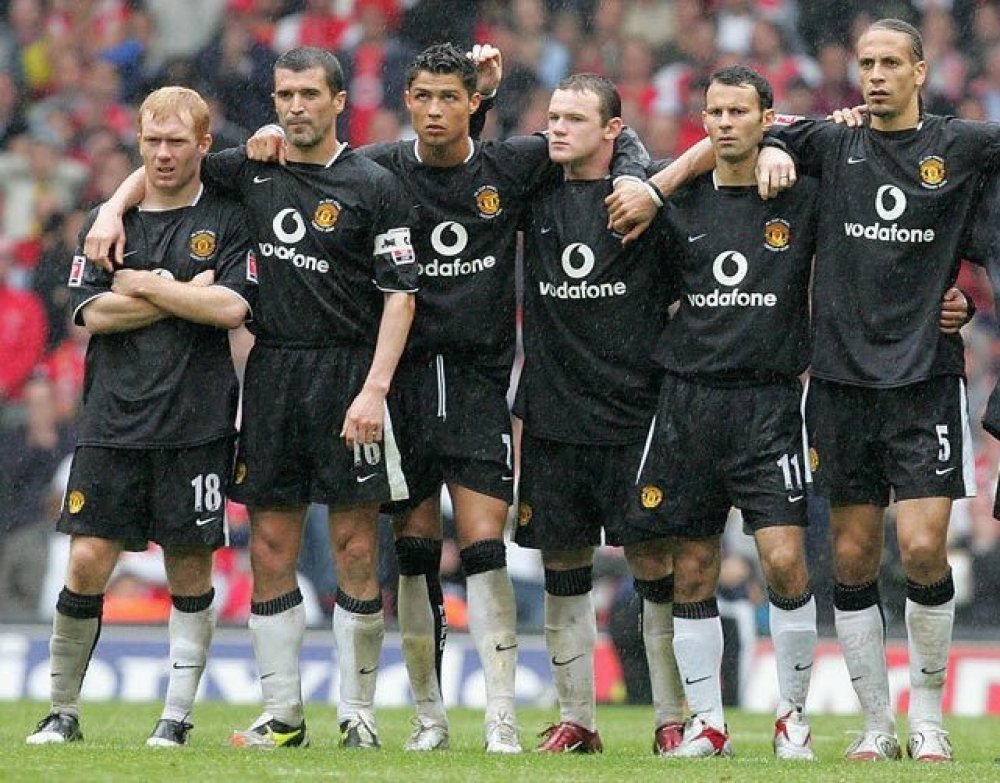 Asked during a recent Q&A session on Instagram to piece together a dream six-a-side team made up of Manchester United players, the English Premier League (EPL) star said: "Right, I'm going to go with most players from the teams that I watched when I was growing up.

READ ALSO: EPL: Pogba Names Marcus Rashford And This Global Star As The Future Of Football

"I'd probably have [David] De Gea, but it was a close one between him and [Edwin] Van der Sar.

"When I was a kid Van der Sar was one of the best keepers and obviously playing with David has been great, so I'd have to put David in there."

On his selections in front of a Spanish goalkeeper, Rashford added: "At the back, I'd have Rio Ferdinand.

"I'm all-out attack there. I'd have [Paul] Scholesy in front of Rio, [Ryan] Giggs on the right, Ronaldo on the left and Rooney up front.

"I'm not putting myself in. Not yet."

READ ALSO: EPL: Marcus Rashford Explains Why It Was Difficult For Him To Play His Best Football Under Mourinho [VIDEO]

In a piece of related news, Manchester United have reportedly made a decision on Facundo Pellistri’s future and according to Calcio Mercato, they are close to agreeing a loan extension for the youngster to stay at Alaves.

The Uruguayan teenager signed for United in the summer of 2020 but has yet to make his first-team debut, instead heading out on loan in January in search of more first-team experience.

After 10 appearances for the Basque outfit, Pellistri has yet to get his name on the score sheet for the struggling La Liga side. Despite not producing the numbers though, there has been praise among supporters for his technical ability.

This technical ability seems to have impressed the Alaves hierarchy too, as CalcioMercato believes “Alaves and the ‘Red Devils’ have almost defined the agreement for the renewal of the loan until June 2022.”

Currently struggling just four points outside the relegation zone, Alaves may need to ensure they avoid relegation before any deal is signed off.

With Pellistri recently returning from injury, they will be hoping he can play his hand in ensuring safety by picking up points in their final matches at home to Granada and away to Sevilla.

If Alaves are to be relegated, Pellistri’s destination may be reconsidered as United look for the best quality experience for the young winger.

Regardless of the faith shown from the Spanish club dubbed El Glorioso, United see Pellistri’s immediate future away from the club, with strong competition on the right-wing at Old Trafford, including fellow youngsters Mason Greenwood, Amad Diallo, and the potential signing of Jadon Sancho.