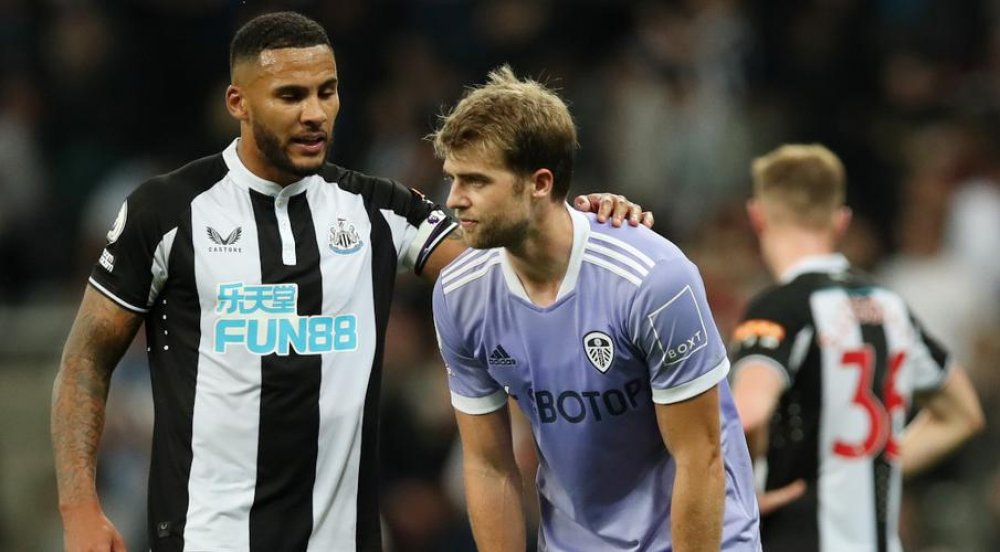 French forward Allan Saint-Maximin rescued a point for Newcastle as Leeds were left searching for a first Premier League win of the season following an entertaining 1-1 draw at St James' Park on Friday.

Loud boos were heard at full-time from a crowd of more than 50,000 as Newcastle fans, unhappy at what they see as the club's stagnation under controversial owner Mike Ashley and manager Steve Bruce made their feelings clear.

Brazilian midfielder Raphinha gave Leeds a 13th-minute lead when his cross was cleverly dummied by Rodrigo as it curled past Newcastle goalkeeper Karl Darlow.

Darlow was given his first appearance since February by Newcastle boss Steve Bruce, having been so far unavailable this season after suffering from COVID-19.

In replacing Freddie Woodman, Darlow was the only change to the Newcastle side beaten 4-1 at Manchester City last Saturday as the Magpies went in search of a first league win of the campaign.

Leeds took the lead when Darlow, perhaps expecting Rodrigo to make contact with a ball into the box, was deceived by the deliberate lack of contact from the Spain international, as Raphinha's cross from the right curved past him and into the back of the net.

Joelinton forced a save from Leeds keeper Illan Meslier, with Rodrigo and Kalvin Phillips shooting wide at the other end before Darlow hung on to Klich's deflected strike.

Newcastle came close to an equaliser in the 35th minute when Matt Ritchie's deflected shot hit a post before the home side finally drew level late in the half.

Joelinton squared for Saint-Maximin, who side-stepped two challenges before thumping a low shot back past Meslier.

Raphinha and Junior Firpo then both failed to make the most of a quick counter-attack in stoppage-time as Newcastle somehow turned round all square at 1-1.

The second half was a less frantic affair, although Saint-Maximin twice tested Meslier. But his efforts were not enough to spare Bruce from the jeers of the crowd.