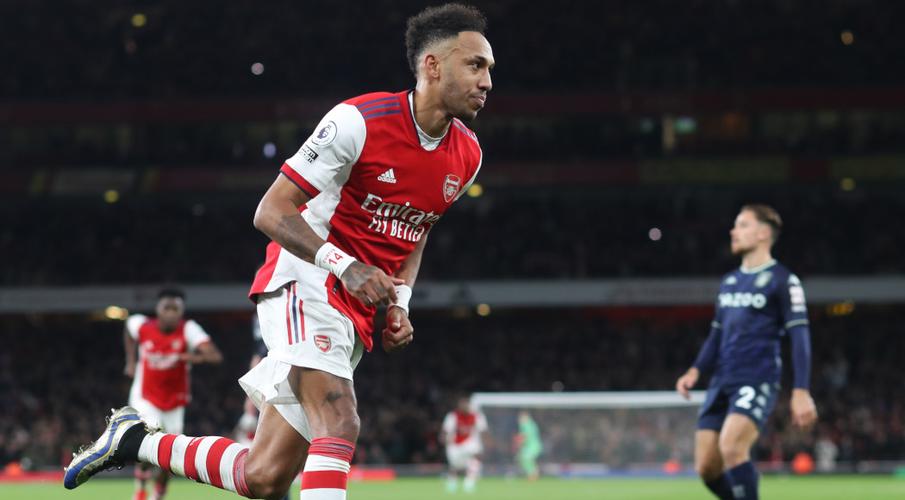 Thomas Partey scored his first goal for Arsenal as the Gunners beat Aston Villa 3-1 to extend their unbeaten run in the Premier League to six matches on Friday.

Partey's first-half header broke the Ghana midfielder's goal drought in his 40th appearance in all competitions since his move from Atletico Madrid 12 months ago.

Pierre-Emerick Aubameyang bagged Arsenal's second goal when he converted the rebound after his penalty was saved.

Emile Smith Rowe put the result beyond doubt early in the second half as Arsenal climbed to ninth place in the Premier League.

After losing their first three league games, Arsenal have gradually recovered their equilibrium.

Successive draws against Brighton and Crystal Palace had brought renewed pressure on Arsenal boss Mikel Arteta, but this was a tantalising glimpse of what they could be under the Spaniard.

They won't find many opponents as obliging as Villa, who still looked shell-shocked after conceding three goals in the final 10 minutes to lose 3-2 against Wolves last weekend.

Jacob Ramsey's late goal was no consolation for a Villa team on a run of three consecutive defeats.

Villa striker Ollie Watkins was fortunate to stay on the pitch after kicking out at Gabriel in the first minute.

That was the only show of defiance from Villa as they were blown away by Arsenal's sustained assault.

Aubameyang's audacious overhead kick ran across goal to Bukayo Saka and the winger fired over from a tight angle.

Making his first Premier League start, Arsenal defender Nuno Tavares blasted over from a good position after scything through the Villa defence.