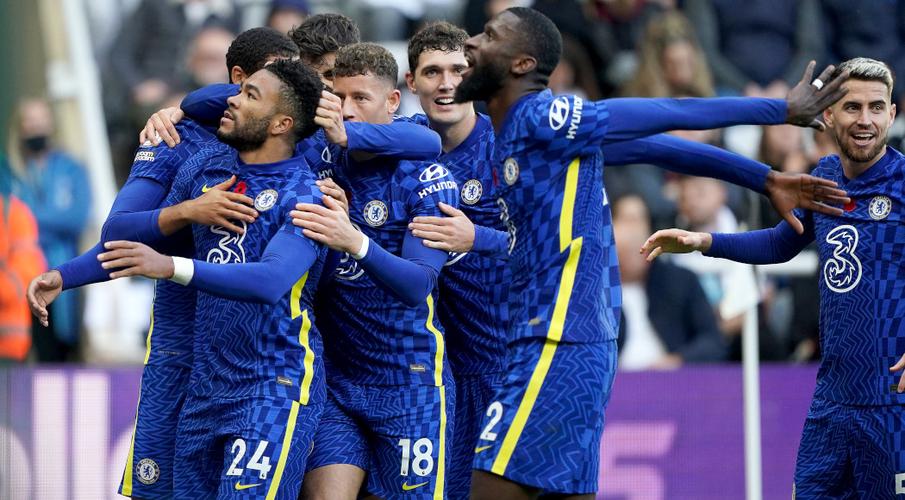 Chelsea proved far too strong for Newcastle United as right-back Reece James struck twice to fire the Premier League leaders to a 3-0 win at St James' Park on Saturday.

The painfully unambitious hosts managed to hold out for 65 minutes before James smashed a left-footer past Karl Darlow before belting a right-foot shot into the same part of the net 12 minutes later to crush Newcastle's hopes.

Jorginho's converted penalty in the 81st minute emphasised the domination of Thomas Tuchel's team who could not have asked for a better day with title rivals Manchester City and Liverpool both surprisingly dropping points.

For Newcastle, who finally managed a shot on target after 83 minutes, it was another game in which their shortcomings on the pitch were painfully apparent.

They have failed to win any of their first 10 league games this season -- only the third time that has happened in the club's history.

Chelsea lead the standings with 25 points, three ahead of Liverpool and five ahead of City.

Newcastle, for all the riches of their Saudi Arabian owners, are deep in relegation trouble in 19th place with four points and the January transfer window cannot come soon enough.

It was an ultimately emphatic win for Chelsea who were without a plethora of attacking options including forwards Romelu Lukaku, Timo Werner and Christian Pulisic.

But when you have a full back with a sweet strike such as James it hardly mattered.

"I think the first one was probably the better goal on my weaker foot -- it was a good finish," James, who also scored in the 7-0 rout of Norwich City last weekend, said.

"We knew coming here would be a tough game. We had to break them down and it took a lot of time."

Chelsea's main threat before James took centre stage was Hakim Ziyech. He had a superb finish disallowed after 28 minutes for offside, wasted a close-range opportunity soon afterwards and then saw a wickedly deflected shot cannon against the post early in the second half.

Newcastle's sole attacking outlet was the ever-lively Allan Saint-Maximin who looked head and shoulders above any of his team mates as the hosts got deeper and deeper.

The breakthrough finally arrived when Callum Hudson-Odoi's deep cross from the left arrived at the feet of James who took a touch before hammering a rising diagonal drive with his left foot that flew past Darlow.

Twelve minutes later substitute Ruben Loftus-Cheek's shot was blocked and the ball rebounded to James who instantly crashed a right-footer beyond Darlow.