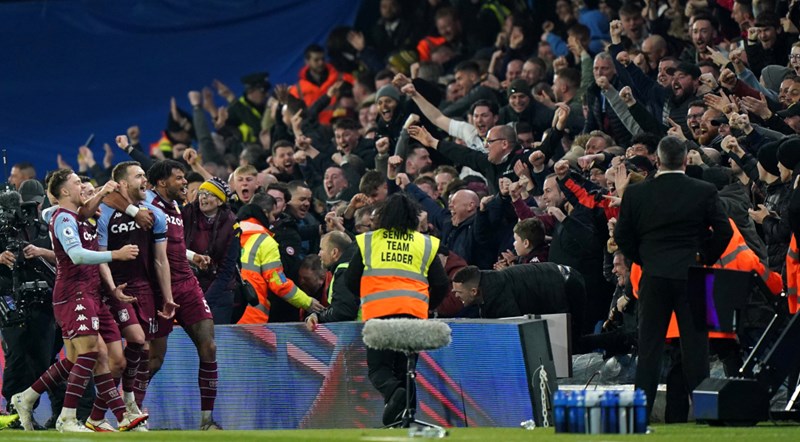 American coach Jesse Marsch's first home game in charge of Leeds United continued the rot as they slipped to a 3-0 defeat to Aston Villa on Thursday and stare down the relegation zone.

Sitting two points above the drop zone coming into the match, Leeds lacked quality going forward as they looked for a first win in eight games, with the hosts falling behind in the 22nd minute when Philippe Coutinho's strike crept in.

The Elland Road crowd grew frustrated as their team misplacing pass after pass, allowing Villa to add a second through full-back Matty Cash in the 65th minute and end the clash as a contest.

There was still time for Calum Chambers to curl a sublime third for Villa as fans headed for an early exit, with their side two points clear of Burnley in 18th but having played two games more.

Villa's third win in a row lifted them to ninth in the standings.

"I knew when I came there was a lot of momentum working against us," Marsch said. "We had to stay calm and help the players find their way and that is still the case.

"I will do everything I can to help these guys try to do better and play better and get better results."

In this first programme notes, Marsch was quick to point out that he has the utmost respect for his popular predecessor Marcelo Bielsa, and the American team played in the same high tempo style early on at Elland Road.

However, Villa looked much more threatening upfront and the pressure told as Coutinho netted his fourth goal since arriving on loan from Barcelona in January, aided by Leeds defender Pascal Struijk's deflection.

Another errant Leeds pass was almost punished as John McGinn arrowed a strike that looked to be heading for the bottom corner, only for Leeds goalkeeper Illan Meslier to spring across to make a fine save.

Marsch, who was very animated on the touchline, introduced fit-again striker Patrick Bamford off the bench to try to rouse his side, but it remained all Villa as Danny Ings picked out Cash with the perfect pass and the full back finished expertly.

Further chances came and went for Villa, but the third was worth the wait as Chambers' first goal for the club fizzed into the top corner to put the visitors out of sight.

"The team is in a fantastic place and the mood is good but we have to remain cautious and keep resetting ourselves," Villa manager Steven Gerrard told the BBC. "Things can change quickly in this league.

"The game plan worked tonight for sure. The idea was to really dominate the middle of the pitch. We played through the press which gave us a lot of success through the transition. We were a real joy to watch going forward."

There were boos aplenty at the final whistle, mixed in with songs about their former manager, as Leeds fans let their feelings be known.

Leeds have now lost six consecutive Premier League games for the first time since February, 2004, and it was the first time they have lost four top-flight games in a row without scoring since 1982.