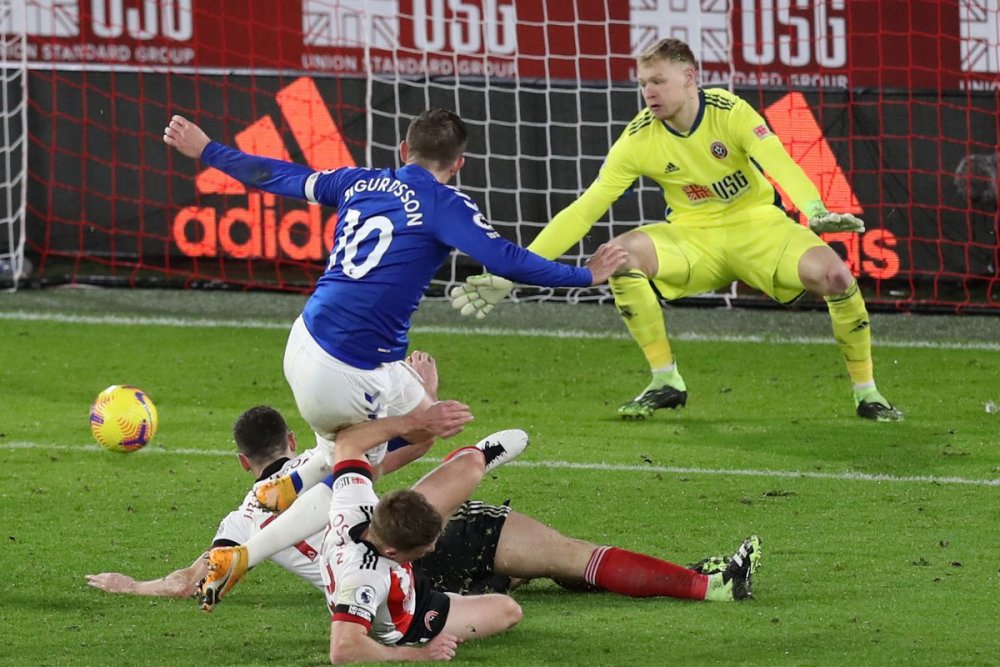 Everton moved up to second in the Premier League table and finished in the top four on Boxing Day for the first time in 16 years after a late Gylfi Sigurdsson goal gave them a 1-0 win at bottom team Sheffield United on Saturday.

AllNews understands that the win pushes Everton to 29 points from 15 games, two points behind champions and leaders Liverpool who would play at home to West Bromwich Albion on Sunday, while the winless Blades stayed rooted to the bottom with two points.

Presently, the EPL is being led by two Meyerside teams; Liverpool and Everton which is the second time this season.

The Toffees midfielder, Sigurdsson revealed he was an unlikely match-winner after Everton boss Carlo Ancellotti shifted him to a deeper role during the match. "The gaffer moved me to defensive midfielder so I'm not sure what I was doing in the box for the goal," the Icelandic international said after the match.

"We needed to get three points, we knew it would be tough coming here. I think they have been quite unlucky this season, they have been in a lot of games where they have lost by one goal so they are not a bad team.

"It is fantastic, we've picked up after a dip in form so we would like to keep this going. Nice to be second in the league."

Missing several key players, Everton looked subdued in the first half and nearly fell behind in the 16th minute as Ben Godfrey cleared David McGoldrick's scrambled shot off the line.

The visitors came close in the 29th when Dominic Calvert-Lewin superbly chested down a long pass by Michael Keane and unleashed a ferocious volley from the edge of the penalty area just wide of the far post.

Oliver Burke slammed a close-range shot from a tight angle across the face of goal at the other end on the stroke of halftime before the game fizzled out in the second half and appeared to be heading for a barren draw. But Sigurdsson struck in the 80th minute, planting a calm shot past goalkeeper Aaron Ramsdale into the far corner after good work from substitute Bernard and midfielder Abdoulaye Doucoure, who took advantage of sloppy defending.