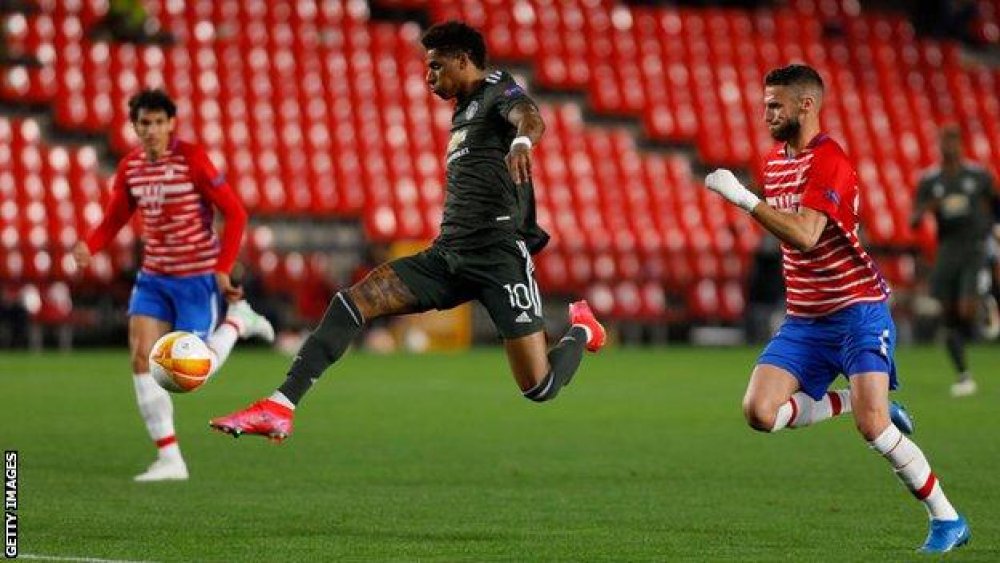 The 23-year-old has been playing through a foot injury in recent weeks but managed 65 minutes in Andalusia and did brilliantly to latch on to Victor Lindelof’s raking pass to score United’s opening goal.

The Norwegian tactician says that he’ll need to properly assess Rashford once the team is back in Manchester but hopes the forward - as well as Left-Back Luke Shaw - can be involved in north London.

“We’ll pick a team, probably I don’t think I will until [Friday] morning to be honest, because it will be difficult to prepare,” Solskjaer told reporters on Thursday night.

“We’ll have to stay over here, fly back tomorrow [Friday] and Saturday will just be a day of recovery and see how the bodies feel.

“So I don’t know until then, but I hope both Luke and Marcus will be ready after tonight, yeah.”

With Anthony Martial potentially out for the season with a knee problem, United’s reliance on Rashford and fellow forwards Mason Greenwood and Edinson Cavani has increased.

Rashford has now passed the 20-goal barrier for the second consecutive season and Solskjaer sees no reason to be worried about him missing games towards the end of the season - and potentially the Euros for England - despite the possibility of having to manage his minutes more carefully.

“I don’t think you need to be concerned about his fitness,” Solskjaer added.

“Of course, barring any injury. No, his fitness is really good.

“He’s an athletic boy, he’s a fit boy, strong boy, you can see tonight when he goes into headers and challenges, he can look after himself.

READ ALSO: EPL: Marcus Rashford in Awe of This Player of Nigerian Descent

“But, at one point, of course you hope to get to a position where he doesn’t have to play every game, every minute and, at the moment, of course we have to take him off because his foot is a little bit sore.

“So hopefully that’ll improve as the season goes on because I think he was better tonight than he was on Sunday.”