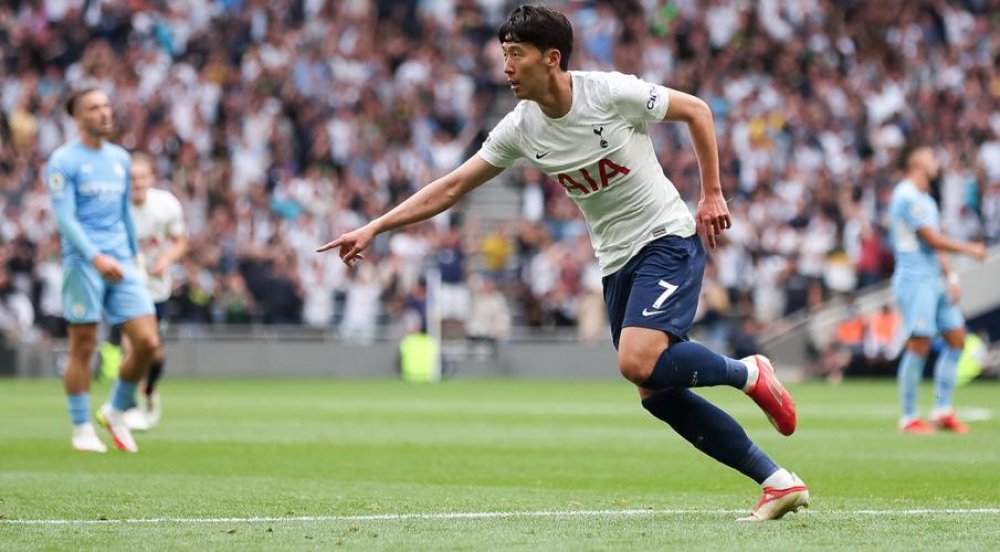 Tottenham Hotspur had to rely on Son Heung-min's strike to beat Premier League champions Manchester City 1-0 on Sunday as Nuno Espirito Santos gets his first win at the London club.

Nuno left Kane out of his squad with the England captain closely linked with a move to City, who showed why they are in need of a natural goalscorer in a toothless display.

City have already spent £100 million on Jack Grealish and are prepared to smash the Premier League transfer record once more to get Kane by the end of the month.

The Spurs striker was reportedly in the stadium, but not on the pitch after returning back to pre-season training late in his bid to force a move away from his boyhood club.

Early on it was easy to see why the 28-year-old sees City as the perfect destination for the final years of his prime to earn silverware.

Pep Guardiola's men penned in the home side for the opening 10 minutes but were left to rue not taking their chances as they slipped to a fourth defeat in four visits to the Tottenham Hotspur Stadium without scoring.

Grealish could have won a penalty as he was tripped on the edge of the box by Oliver Skipp and Ilkay Gundogan's free-kick was deflected inches wide.

Fernandinho then headed wide with the goal gaping as Hugo Lloris flapped at a cross, while Joao Cancelo and Riyad Mahrez sliced good chances wide.

However, buoyed by the return of a full house to their 62 000 capacity home, Spurs grew into the game and soon started causing City's makeshift defence problems.

Guardiola left out England internationals John Stones and Kyle Walker due to their lack of pre-season training and Tottenham targeted the pairing of Nathan Ake and Benjamin Mendy on the left of the City defence.

Son saw a deflected shot fly inches wide before the break in a prelude of what was to come in the winning goal.

The South Korean has been a persistent thorn in City's side and scored his seventh goal against them on 55 minutes as he cut inside Ake and fired low into the bottom corner.

Steven Bergwijn had a huge chance to double Spurs' lead moments later when he fired into the side-netting as City were again easily cut open on the counter-attack.

Guardiola finally turned to his star-studded bench to turn the game around with Kevin De Bruyne, Gabriel Jesus and Oleksandr Zinchenko introduced.

But even the Belgian could not raise the champions from their slumber in the closing stages as their frustrations boiled over.

Grealish was booked for diving in on Lucas Moura in stoppage time to round off his miserable debut.

Guardiola's men should only get stronger with the return of many internationals and possibly Kane.

However, they have already ceded ground to Chelsea, Manchester United and Liverpool, who all displayed their title credentials with convincing wins on Saturday.